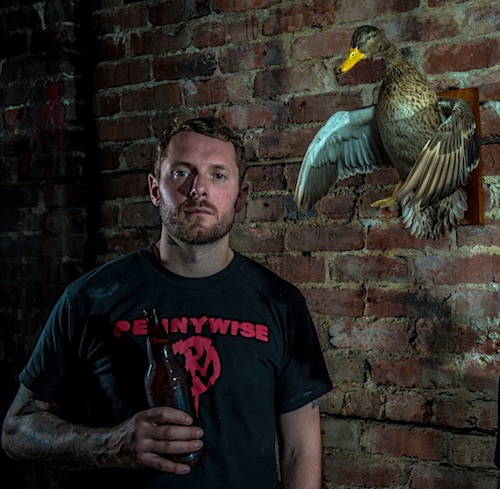 Chambar, West, Boneta; a trio of some of Vancouver's finest dining spots - the connection? Simon Kaulback, a veteran of them all. Simon recently opened Mamie Taylor's in Chinatown with good friend and fellow Ottawan, Ron Oliver. Simon shares his love of ordering the omakase in Kitsilano.

Tell us about your go-to sushi restaurant.
Hands down, my best Japanese restaurant is Dan on West Broadway and Macdonald. You walk in this place and you feel like you stepped into Osaka. It's dark and kind of dingy, everything's exposed and low-lit and there are boxes of stuff everywhere, but if you look around it's full of expats or other Japanese restaurant staff.

What do you order?
Their omakase is hands down one of the best meals I've ever had and that's not just in Vancouver that's in general. I've never not ordered that. Just leave it up to Ken, the owner, to decide what you eat.

Is there any one dish that stands out?
Their pressed mackerel is to die for - But I haven't eaten there in a little while because I just opened a restaurant and I can't afford to eat anywhere!