Executive chef and co-owner of Burdock & Co, Andrea Carlson's CV reads like a B.C Best Of: C, Raincity Grill, Bishop's, the Sooke Harbour House - and now finally a place of her own - tucked away on Main Street. She sat down with Eater to discuss TV chefs and manufactured drama. 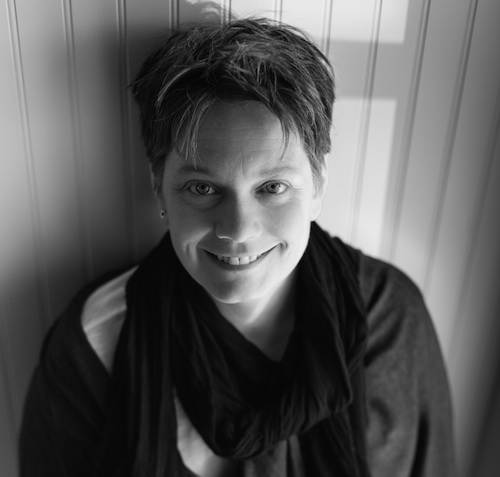 I spent all morning reading up on you and it's extraordinary how little there is on you out there.
Really? I don't know.

But that is interesting - you have a huge reputation and it felt odd to not wade through a lot of press. I found maybe just one or two small profiles. And in a city of chatty chefs - that's kind of amazing.
I'm not very chatty. I'm a quiet person; people seem to have a perception that I'm somewhat shy. I've been in the industry for a long time so from when I started to now, certainly I've grown into it more but because Vancouver really is a very small town, people still approach me with the kind of 'we know you don't like to have your picture taken, but..'. Maybe that has something to do with it?

So you've got no Top Chef hankerings?
Oh, god no! Not at all. I don't know why that appeals to be honest, I don't want to sound obnoxious saying this but I think there is a lot of ego has to be in play to want to do something like that. I don't feel that I really have a tremendous amount of ego that way: I like to make food, I like to eat food, I love for people to enjoy food and that's kind of it. I love the relationships I have with the producers and the growers and I'd certainly never desire to do that. (Screws her face up and shakes her head) I have zero desire to do that.

Is it maybe a guy thing, do you think? Personally, I'm no fan of manufactured drama.
Yeah, the fake drama and the.. urgh I don't know. They create the drama and it's just very silly. I don't understand the attraction

The conclusion that I guess you'd have to draw is that you'd rather your food spoke for you.
Yes. Exactly. (Laughs.) Thank you for saying that. Well put.