Award-winning chef Angus An's Maenam restaurant on West 4th has won praise from customers and critics alike for his authentic Thai cuisine. Eater got his two cents on the locally sourced vs truly authentic debate.

As an authentic Thai restaurant using locally-sourced B.C. ingredients; how authentic do you feel you can be using different ingredents?
We pay a lot of attention and have a lot of respect for authentic flavours and techniques, for me it's about the 'backbone' of the dish; I try to capture what I remember, what it is that makes that dish so special, its texture and flavour. Because things do evolve and that's good; for instance, we're not going to fly all our ingredients in - the fresh ones that we cant get like kaffir lime, lemon grass, yes - but there's no reason to fly catfish from Thailand because we have better fish here.

What kind of substitutions would you make and how does that change the dish?
Ok, so instead of a catfish I'd use a sablefish for that silky texture. Instead of Indian mackerel we use local sardines. There is a lot of room to improvise and I don't think that isn't being authentic: if the dish requires an oily white fish then I'm not going to get it from Thailand I'd rather get what's local and sustainable here. In Vancouver we pay a lot more attention to what's sustainable and Ocean Wise, in Thailand a lot of the seafood is farmed and not sustainable, so being open-minded to change allows us to take the cuisine to the next level. 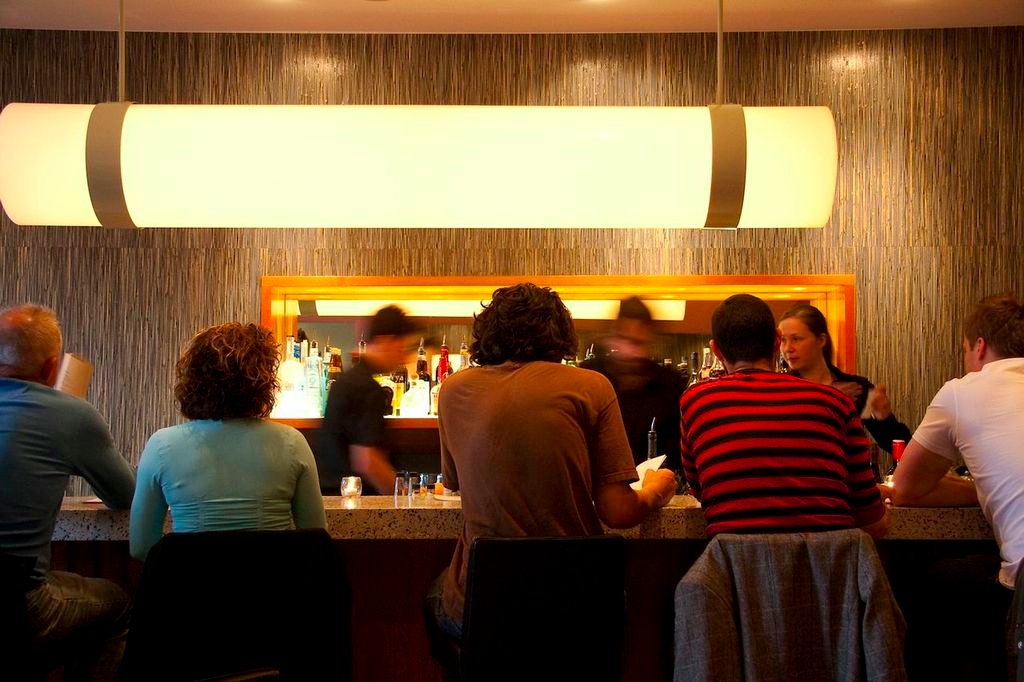 And in Vancouver that's always going to come back down to local, sustainable, organic, right?
Globalisation has changed how people approach food; now a dish isn't being done the same as a thousand years ago, with exactly the same ingredients. To me, that doesn't mean it's not authentic - if the ingredients are better - for instance organic, local, sustainable or free range, rather than what was previously used - that's an improvement.

So these are choices which benefit the diner?
Absolutely. it's about enhancing the dish without compromising the authenticity of flavour. For instance, the matsutake mushroom; it's native to the Pacific North West, it grows in abundance here and it's one of the most expensive ingredients in Japanese and Korean cuisine so we ship a lot there. When it's in season we offer things like matsutake soup with clams. Now typically that soup in Thailand would be done with just clams and holy basil, but what I found when I was playing around with the dish is that the mushroom works really well and it doesn't compromise that authenticity at all, it enhances it because we can highlight a local gem.

What about technique? Do you stick to traditional ways of prepping dishes?
Technique changes; we have better technology now and for me, as long as the results are right, I think embrace that. Say a dish was meant to be super-crispy on the outside and tender on the inside, traditionally you'd only be able to fry it - now we could temper the meat better; maybe we sous vide the meat and then fry it, or perhaps you want a gluten-free batter. Things evolve, but it's always about what the dish demands and just finding different ways of getting there.