Not Your Grandma's Cream Sherry: Five Things You Should Know About Sherry

Share All sharing options for: Not Your Grandma's Cream Sherry: Five Things You Should Know About Sherry

Fresh from a trip to Jerez attending a Sherry Educators' Seminar, Kyle Gartlan-Close, Sommelier and General Manager of the Salt Tasting Room and Salt Kits has compiled a list of myths and realities about sherry "...an incredible fortified wine that has captured the hearts and minds of sommeliers and wine professionals worldwide." 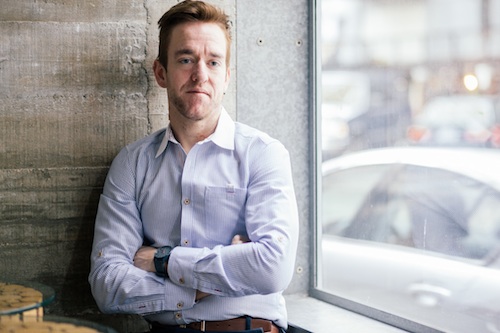 When the average wine lover thinks of sherry as a drink, the image likely conjured up is that blue bottle of Bristol Cream that your grandparents buried at the back of the liquor cabinet and dusted off at Christmas. Nothing removed from the quality of Bristol Cream as a wine and a sherry, however this generalization does a major disservice to the versatility of sherry either on its own or with food.

1. Dry is the name of the game in Spain.
Over 80% of sherry wine made is dry in style. I've nothing against the quality of the sweet sherries produced, but it's important to know this category makes up a minuscule proportion of sherry as a whole; generally restricted to the production of Pedro Ximenez wines. The most commonly planted grape in Jerez, Sanlucar and Al Puerto is Palomino, which is destined for dry sherries in a range of styles from finos and manzanillas to amontillados, palo coratos and oloroso sherries. 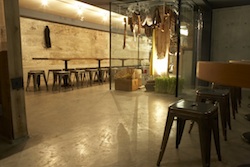 2. Sherry wine is one of the most versatile drinks for pairing with food.
The low glycerol and low PH (or high levels of acetaldehyde), from the ageing makes sherry distinct to nearly every other category of wine in the world. Whether biologically or oxidatively aged, the combination of the flor yeast and American oak in the bodega plays a major role in imparting the distinctive quality and character of sherry wines. This opens up amazing possibilities for pairing with previously prickly and difficult ingredients. Try your next artichoke dish with a fino sherry, or amontillado with tuna. For a gateway to sherry, try a dry oloroso with a lightly-veined blue cheese and honey, delectable!

3. Sherry is one of the only wines that is made in the winery and not in the vineyard.
Although the quality and health of the grapes in the vineyard is important to the finished product, it is merely the vehicle to the final wine. The real magic that makes sherry unique and imparts the distinctive characteristics is the time spent ageing in the bodega. Here the winemaker decides the style of wine the grape is destined for marked by two categories: first, those wines fortified to a lower degree and kept under a layer of flor yeast are called biologically-aged sherries (includes Finos and Manzanillas). The second category is wines fortified to a higher degree and undergoing oxidative ageing in oak (category includes Olorosos, Pedro Ximenez and blended sherries). In the middle are Amontilado and Palo Cortado sherries which have elements of both categories and greatest complexity. 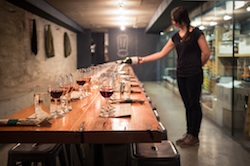 4. Sherry is one of the oldest wines with some of the deepest rooted history in the world.
In the 15th to 18th centuries the wines of the current day Jerez were some of the most sought-after by the Americas, Northern Europe and the British Empire. When the wines made the long journey from the southern tip of Spain to their respective destinations they were prone to spoilage and destruction at sea. As a preventative measure, the shippers learned if they added spirit to the base wine it would protect the casks of finished wine from spoiling at sea. This is both how sherry emerged as the fortified wine we know it today, as well as the reason the region is still so deeply entrenched with its shipping history.

5. Sherry & tapas derived from the same region.
Originally when ordering a sherry in Andalucia, they would cover your glass with a plate to prevent flies and other unwanted particles from landing in your glass. Of course, an empty plate seemed inhospitable and so a tradition evolved where a morsel of food was placed on the plate as a gesture of good will. From here, tapas evolved into the world phenomenon we know today and sherry is the ultimate wine to be enjoyed with tapas.