Share All sharing options for: Angus An Shares His Favourite Vietnamese Restaurant 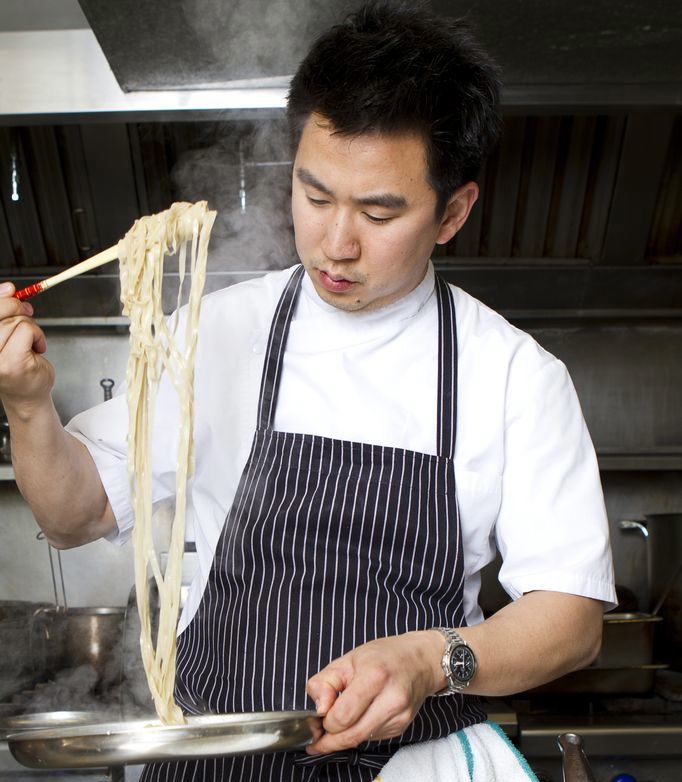 [Photos via Maenam]
Award-winning chef Angus An's Maenam restaurant on West 4th has won praise from critics and diners alike, he shared his love of a neighbourhood Vietnamese restaurant with Eater.

Where do you eat when you have time off?
one of my favourite restaurants that I go to maybe two or three times a week is Cuu Long on Knight and Kingsway, it's a family-run Vietnamese restaurant and it's been around for maybe 25 years.

What is it about it that you like?
It's simple and comforting and it feels like home. The owner had a daughter the day before we had a son and it's just one of my favourite places that I go to all the time.

What do you have to eat?
I have three things I rotate: I have the lemongrass chicken which I have with a side of beef balls soup. I love the chicken; it's tender and crispy. Their pho broth is really nice. Then I also have their braised beef noodles and their spicy pork hock. The salad roll is great they make it to order so it's never limp.