Share All sharing options for: Tappo's Chef Bradford Ellis: Why I Love Burrata

Sharp-eyed Downtowners will have spotted changes in the old Q4 al Centro restaurant spot on Richards. There's a new name - Tappo - and some cosmetic changes which give the room a better shape. But chef Bradford Ellis is still in place and he spoke to Eater about his love for Burrata. 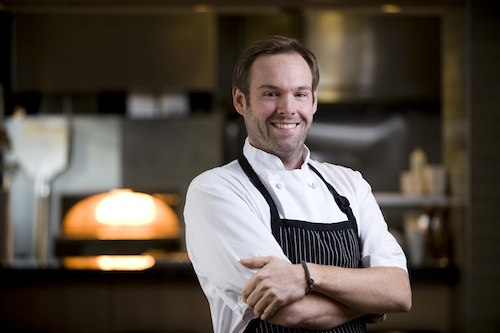 We couldn't help noticing that your menu is liberally sprinkled with Burrata dishes - possibly the only Burrata tasting plate we've seen. What's the deal?
I love it! It's an exciting cheese for me; the one I use is locally-sourced from the Okanagan, the first time I tried it I decided I wanted to use it quite a bit on the menu. We have a salad, we use it on a pizza and we use it on our meatballs as fresh mozzarella.

What is it about Burrata that excites you as a chef?
I just love the fresh taste, the creaminess, the texture - it lends itself really well to so many things it melts beautifully and it's just this really rich wonderful-tasting cow's milk cheese.

What's the most creative use you've found for it?
The thing is - I don't like to do too much to it; for me as a chef, simple is the hardest thing to do. I think that the cheese is so good, I don't want to get in there and mess it up. There is a saying - in French cuisine, it's about the chef and in Italian cuisines it's about the ingredients. I've sourced the best ingredients that I can and I'm just letting them be what they are. I don't want to over-complicate them I just want to heighten their flavour. I'm not going to do anything crazy with it, apart from just serve it as it is with some complimentary flavours.

Tell us about the inspiration for the tasting plate.
I like the idea of having that great cheese with three different application; three flavour profiles. One's a little bit garlicky with the brocolini pesto where you get a bit of earthiness, the tomato has some tang and then there is sweetness and saltiness from the figs and the Serrano ham.

Are you going to try using Burrata in a dessert?
My sous chef wants to develop a Burrata cheese cake; we're still developing our dessert menu and he's mentioned that he wants to try it. I mean, why not? There are Ricotta cheesecakes, Stilton cheesecakes and he loves the creaminess of it so that's what we're working towards. Or maybe a Burrata gelato?!
· Tappo [Official Site]
· All Previous Tappo Coverage [EVAN]