Share All sharing options for: Josh Wolfe Talks About Baking Bread, Family and Crying Over Horseradish

Veteran chef and Fresh, Local and Wild food truck owner Josh Wolfe opened Good Wolfe Kitchen and Bar recently in Yaletown. He sat down with Eater to discuss the universality of bread, his Holocaust survivor grandparents and food memories. 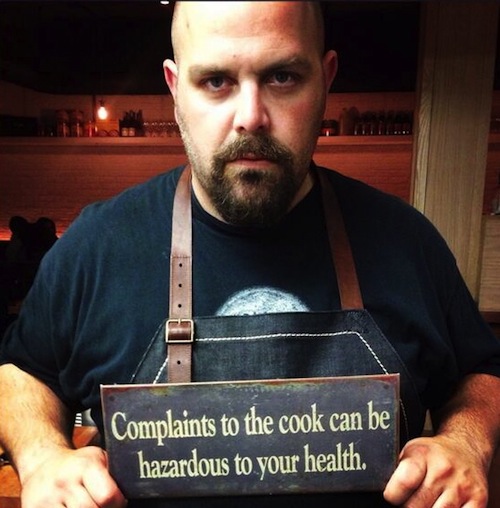 One of things you've said you're most proud of is your baking, tell me about that.
Bread is symbolic; in every religion and every culture bread is a staple and whether it's a flat unleavened bread or a piece of bread that takes hours and hours to prove, like a sourdough that's been developed over time or a flour and water mixture that cooks on a stone next to a fire it's the root and the base of every meal. It's not like eggs which are good for breakfast and brunch - this whole thing of flour, water, salt and sometimes yeast, sometimes not - is incredibly universal. How you put that together, what elements you bring to it and manipulate for your own use is endless, but the symbolic idea of breaking bread and sharing it is always there.

So it was important for you to bake your own when you opened?
The last place that I worked with Thuet was his own place, Thuet Cuisine and it was 5,8 or 11 course dinner only with a menu change every month and he started the bakery programme there. Now, I grew up in a Jewish family, Friday night we ate cholla, Sunday morning we ate bagels and when you wanted to make a deli sandwich you'd make it with rye bread and seeds, so there were all these cultural breads that were part of my life. Then all of a sudden I'm introduced to baguettes and boules and the idea of longer ferments with less yeast to develop flavour. At the end of the day - all the bullshit aside -it was about standing at this wooden table, cutting a slice of bread, taking a heap of butter as though it was cheddar cheese and having this wonderful vehicle for it. It was about that moment - the bread coming out of the oven, so one of the things that I always wanted to do when I opened my own place was say we serve out own bread. 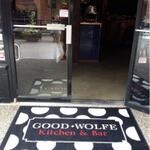 Apart from Thuet who else influenced you?
I have massive food memories from my grandparents; my mum's mum was Canadian and her husband was an Australian fighter pilot, my dad's parents were Holocaust survivors from Poland who jumped from the train on the way to the camps. That movie Defiance that Daniel Craig did? That was basically their story. I was lucky to have grown up with all my four grandparents in my life until quite recently.

What food memories do you have from them?
My grandfather taught me how to drink Old Milwaukee while fishing for catfish in Florida and how to bet on the dogs. My dad's parents grew zucchinis and raspberries, concord grapes and wild strawberries. They grew their own horseradish so you could use it at passover. My grandmother would bring home chickens with feathers on from the store; I remember how she held her fingers as she plucked - and how fitting that years later I started hunting with Thuet and now, here I am having to pluck feathers and use that same motion. Every time I feather a bird I think of that minute of my life, standing next to the sink and every time I grate horseradish for a plate of oysters I remember doing that at passover with my grandfather and having 12 or 15 of these roots and grinding them and just crying because my eyes burned so bad!
Good Wolfe Kitchen & Bar [Official Site]
All Previous Good Wolfe Coverage [EVAN]