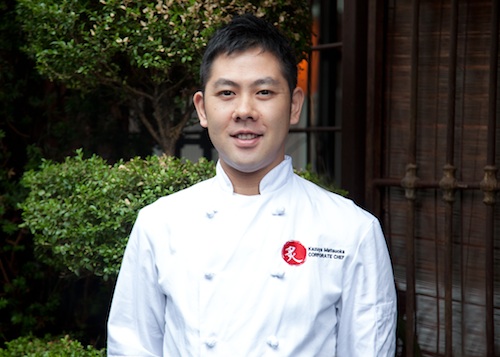 So, where do you like to go to eat when you're not at work?
My favourite place that I go to is Biiru- Bin, it's on Oak Street and it's an authentic Japanese Izakaya place. It's owned by young Japanese couple and I always go there with my family. We're always so welcome there, it's got a really warm atmosphere and it feels like home, it's always great to see so many neighbourhood people here.

How do they create that feeling?
It's all in the Japanese tradition of "omotenashi" - which is about treating the customer as though they are family. They have that skill here.

So what's good to eat there?
I like their own special in-house sushi rolls; they have four or five special ones, they are really flavorful and very creative. In some rolls they use fruit - like papaya - some they'll add smoked salmon. It's a good balance of ingredients and a totally nice flavour. Unlike many rolls here in Vancouver, it's not killed by too much sauce. That's what I like; that their rolls are balanced and the flavours are perfect, I especially love how the vegetables come together. They also have a great traditional teriyaki chicken. We'll have a good selection of kobachi, just small dishes, like the sable fish which my children really enjoy and I like paired with beer.