Industry Tastemakers on Their 2013 Restaurant Breakups

Share All sharing options for: Industry Tastemakers on Their 2013 Restaurant Breakups

As is the tradition at Eater, our closeout of the year is a survey of friends, industry types, bloggers, and readers. We've already covered Best Standbys, Top Newcomers, Best Dining Neighbourhood, 2013 in One Word, and the Biggest Dining Surprises of the year, and the Best Meals of the Year. Now, Breakups. Readers, please add your thoughts to the comments. 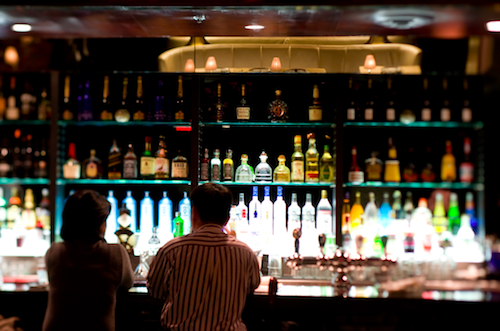 Mijune Pak, Followmefoodie.com
"Il Giardino. A Vancouver classic for fine dining. We didn't break up, but the restaurant "died" (sold to developers)... does that make me a widow?"

Alexandra Gill, Vancouver Restaurant Critic for the Globe & Mail.
"Professional critics don't break up with restaurants. They're all stuck with me 'till death do us part..."

Andrew Morrison, is the editor & publisher of Scout.
"Boneta. More accurately, it dumped me. It was my "go to" joint for a quick sip 'n nibble for every year that it was open. It's going to be hard getting used to the fact that it's no longer there."

Cassandra Anderton, Good Life Vancouver .
"Any of the US Restaurants they boycotted Canadian seafood because of the seal hunt.  The punishment is in no way related to the perceived crime."

Anya Levykh, CBC correspondent and food writer.
"None. I don't do monogamy in food."

Lee Man, a regular contributor to Urban Diner and a judge for the Vancouver Magazine annual restaurant awards.
"None!"

Mia Stainsby, Vancouver Sun restaurant critic and food writer.
"No breakups but wouldn't go back for the unfriendly reception at Reef Runner foodtruck."

Stephanie Yuen, seasoned food & travel journalist for both English and Chinese print and online publications.
"Any restaurant serving mini-portioned brunch at $18 each which I need two orders to get full."

Joanne Sasvari, Writer and Editor of FLAVOURS magazine.
"A certain very expensive steakhouse chain. Because no one should be able to get away with charging $25 for a badly made Manhattan, especially a steakhouse.."

Eagranie Yuh, writer, author and chocolate expert.
"None, I'm happy to say, even though I wish I had a scandalous story to share."

Sean Neild, Sean's Adventures in Flavortown
"No divorces or break-ups with restaurants but I have developed a MAJOR love affair with brunch and the perfectly poached egg!"

Sherman's Food Adventures:
"Lin Chinese Cuisine.  It was decent before, but the food has become ordinary."