Picture this: a long-awaited restaurant reservation for a meal costing hundreds of dollars... and the babysitter bails. The dilemma: were the couple who bought 'Alinea Crying Baby' (as the poor kid will inevitably be known) along to Grant Achatz's fine dining Chicago restaurant right? Or should they have sold on the reservation and spent the night reflecting on the joys - and sacrifice - of parenthood instead?
We asked four Vancouver chefs what they would have done.

Chef Ned Bell, Four Seasons, Yew
I have a feeling Four Seasons Vancouver / YEW seafood would look at the big picture - where everyone is suffering and let the parents go home and come back another night - without the baby and without being penalized. It's losing $500 but gaining customer appreciation and loyalty. 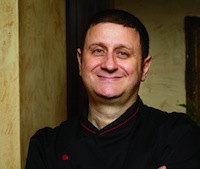 Pino Posteraro, Cioppino's (via email)
He (Achatz) should really say yes or no. To me and my restaurants family are important and I say yes. Out of respect for the rest of the diners soothe the baby and offer the client a different table if possible -I get lots of families from all over the world. Restaurants are an extension of our homes and the word "hospitality" should be respected in full!! Having babies does not mean that you have to be damned and banned from regular rewarding activities of our everyday lives. And I don't care about 3 stars bullshit. You can be still be professional and pick up a baby and try to soothe (I do it in my restaurant occasionally). All of this I find discriminatory. We are just hosts and cooks and have to be less idolized , be more human , and take ourselves less serious because THERE ARE MORE SERIOUS THINGS IN LIFE! PICK UP THE BABY AND SOOTHE HIM! 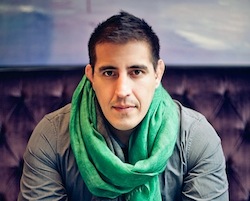 Jefferson Alvarez, Secret Location:
This is a very tough situation - there's no comparison to any restaurant here - people pay hundreds of dollars and wait for months for a reservation. I have kids, I know what it's like if they have a hissy fit. I'd do what their manager did, I think, talk to them, ask them to try to calm the baby down, but if that doesn't work then I'd try to figure a way for them all to be happy. I'd secure them another reservation and ask them to come back another time - without the baby. I have to day that I wouldn't take my baby somewhere like that, if I don't have a sitter, I don't go - even if I have a reservation at El Bulli, I'm in the industry and I'd never do that." 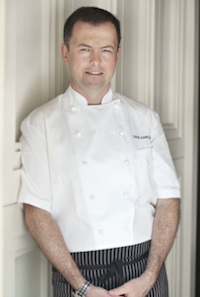 Statement from chef David Hawksworth via his partner, Annabel (Hawksworth PR).
David and I are parents and have no problem with children and babies in restaurants, as long as they are well behaved - or should I say as long as the parents are well behaved!   Our son has been dining out with us since he was just a few months old, but as a courtesy to other diners, if he ever started to cry or misbehave we would take him outside so as not to spoil their enjoyment, its simply respectful to others around you - the onus is really on the parents.

If there was a situation at Hawksworth where a child was disruptive - or if a baby's crying was obviously impeding the enjoyment of other diners in our restaurant, if the parents hadn't addressed the situation we would certainly intervene.  Its not an easy one for the maitre'd to handle, but ultimately we have to consider that our guests are paying not only to enjoy the food but also the ambiance and atmosphere, so we do appreciate where Grant Achatz is coming from.  Its too bad that some people in restaurants are oblivious to the effects that their behaviour has on others around them whether its due to a crying baby, shouting on a mobile phone or overly boisterous drunken behaviour, however its the nature of the beast and these are all situations that a good maitre d will handle and diffuse, we don't think banning babies or children is the answer as there are many who are beautifully behaved.