Exciting times lie ahead for food fans in Vancouver, thanks to Secret Location's chef Jefferson Alvarez and his 300 Dishes project. Alvarez's innovative modern cooking style can be traced back to his time working in some of the world's best restaurants, including the mighty Arzak in San Sebastian, Spain.
Making a bid to hang on to his crown of the Eater Awards 2013 'Best Chef of the Year,' Alvarez and his team (including talented pastry chef Kira Desmond) will be serving 10 course tasting menus comprising of three snacks, two appetizers, two savouries, one palate cleanser and two sweets - with brand new menus every single night; that's 300 dishes in 30 days.
Eater sat down with Chef Alvarez to find out more. 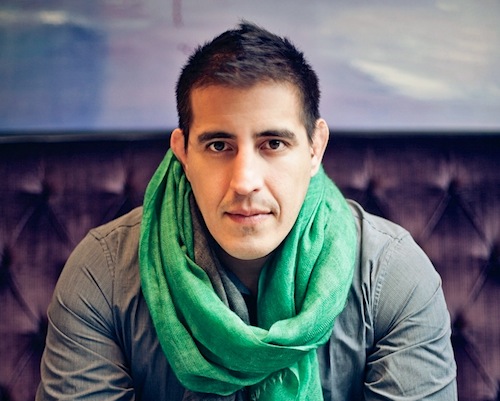 Where on earth did the idea come from?
For the last four years I've been creating recipes, unique stuff but really it's because Carey (owner Carey Melnichuk) gave me the chance to do this. Since I've been in Vancouver, the first restaurant I worked in was Divino and it was a really tiny place with an electric kitchen, so it was tough to do this crazy thing. Fraiche's owner; they didn't really support what I was doing, so it didn't work there, but then I found this place and the owner is young and she wants to do something unique and fun so I can finally to do this here.

How much of a recipe stockpile do you have for the 300?
Well, a lot, but it all comes down to creativity. What's gonna happen is I'll start with my shopping list for a specific day. Proteins will be ordered for that specific week and then we'll figure out what we're gonna cook as we go. It's very challenging; especially with the wine because we want to compliment everything as best as we can. It's a gastronomical experience. It's also going to be a way for people to learn new things - how I use entire ingredients, not just the leaf out of the basil, we use the stalk, everything.

I feel like you're doing the opposite of what you'd think. Why not do it the other way around. Why not make a list of 300 dishes and then divide it up?
No - it's too easy!

It's not! You still have to come up with 300 dishes!
I've made hundreds of recipes over the past four years, sometimes, it's funny - you look around and think, 'wow - this chef is doing something I thought that I created' but with food, you don't really create it- you just make it your way. I'll work with ingredients, getting to know them and that way I can put it all together. I did create a couple of dishes for the 300, but the rest it's more about ingredients than the dish.

How are the staff reacting to this challenge?
They are very excited, they've never done anything like this before. For instance, today we got a whole sturgeon, so now everyone has to think about it. OK! What's gonna happen when we break it down? We want to use everything to start with a couple of snacks then presenting it as the meal. 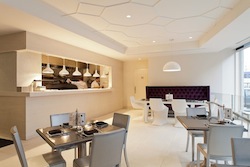 Snacks?
Yes, like a pre-show. For example, I'm gonna feed you, let's say a sturgeon liver or sturgeon bone marrow - I've been working on that for the last couple of years. I'll give it to you to try in an amuse bouche, to see your reaction. That gets you ready for when you get the dish, and the dish will have all the rest of the components - it's all about getting you ready.

What kind of food can we expect?
We've made edible leaves with broth; it's very playful. Also, fruits and vegetables that you will usually only eat in my country (Alvarez grew up in Brazil, Spain and Venezuela) cassava or tamale with black corn in the proper banana leaf wrap or maybe fresh bamboo shoots. All these things are going to get a lot of questions but you raise the question first with the snacks - how is this made? - what is this? - and then you answer with the dish.

How do you go back to a set menu after this?
From this creativity we'll pick up 14 dishes that everybody loves and put them on the menu. You won't get a menu when you come in - again - no waste! - we take everyone's email and then the next day, we'll send them the menu and ask for their feedback. We are doing a Grand Finale at the end, we plan to join with a couple of chefs - I'm including Hamid (Hamid Salimian - ex of Diva at the Met, voted best chef by industry peers in the Georgia Straight's Golden Plate Awards 2013) of course, in this. He'll join me again in the kitchen, he's like my brother, he's one of my biggest inspirations.

What do you want people to feel as a take away from this?
At first, I want them to feel comfortable and have fun. We made it ridiculously affordable for people to come; 10 courses in another place will cost $100-200 per person but we are doing drinks included for $75 - we're basically giving it away. We want people to enjoy, to learn, to have an experience that they've never had.