David Gunawan Pt 2: I Believe Produce Should Drive The Chef - Not The Other Way Around

Share All sharing options for: David Gunawan Pt 2: I Believe Produce Should Drive The Chef - Not The Other Way Around

In part two of our interview with Farmer's Apprentice chef David Gunawan we talk about the pervasive laziness of North American culture, discuss the chefs he respects and the importance of protecting heritage breeds. 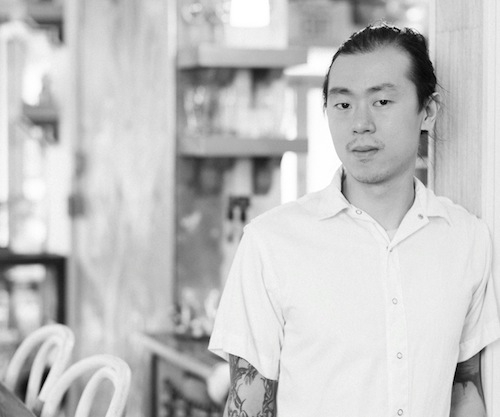 We've talked a lot about how different you feel your kitchen is from others in the city, give me a few more examples.
We shuck our own scallops - this isn't common practice in Vancouver

Why not? People make a big deal of the seafood here.
I think there's a certain laziness here. It's not like Europe where things are bought in fresh and then butchered in-house. I think the suppliers are offering convenience, they always want to know, 'Hey - why don't you get pre-portioned fish?" I just don't believe in that. We get the whole fish, the whole animal whenever we can; we get whole pigs and lambs. Unfortunately we can't possibly get a whole cow - we only have 25 seats but we do our best to search for the perfect ingredients.

Where are your animals coming from?
We're getting heritage breeds of pigs and they come from a farm that I've visited often - the conditions are phenomenal. We get Gloucester Old Spot, Berkshires, Tamworths - it's our job to protect these heritage animals, the advent of industrial farming means certain pigs are economically feasible and these breeds will fall by the wayside.

Do you think this search for convenience is a Vancouver problem?
No, it's laziness in society as a whole; convenience is prioritised, it's North American culture. I feel that in Europe there is a greater sense of pride, it's an older culture, so if you go to France and see a cheese producer, they've been making that for hundreds if years - there's so much pride in that. 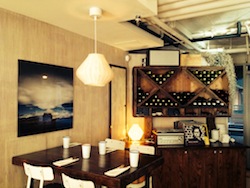 But I think there is that pride here!
I'm not saying it's not so we have to search out the artisans. It's based on capitalism; efficiency and convenience, what can you produce for the maximum volume at the cheapest price? It's just economics, so there's compromise. (I'm obviously looking quizzical at this, so Gunawan tries to explain)
I'll give you a perfect example, cramming battery chickens into cages. The fundamental drive is to make money with no compassion for things. It's maximum output for minimum input. We try and find the most humane animal husbandry - we look for the farmers who love their animals as they love their family. There is integrity in what they produce - our pigs are the happiest I've seen in a long time. I just believe that produce should drive the chef - not the other way around.

Do you think this is uncommon in Vancouver?
It's such an expensive city - it takes a lot of resources to open a restaurant, from day one your fundamental drive is to make the money back. Economics has always been a priority for most restaurants - there's a certain balance that we can achieve I hope. I've only been open 6 months, so we'll see about that. We offer good accessible food to the people, I'm not charging an arm and leg for my food, neither am I promoting organic sustainable produce, I just think if you have a discerning palate you're able to tell that this is phenomenal produce.

You might not be promoting it, but it's what people say about you.
I just don't want to shove the information down everyone's throat. They come here to eat; we're not forcing an education. People do realise that, maybe they get curious and start asking questions: good! There is no single mention of where the produce comes from - if I have to list all the farmers we use it's gonna be ten pages long.

It can get a little Portlandia on some menus, right?
It's a mockery - if you truly believe in what you do, you don't have to say it.

So do you see yourselves as carving out a new way? 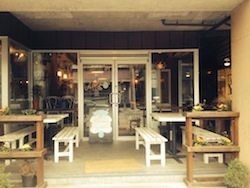 Other restaurants been doing this longer than us - Bishops have been doing farm to table for 30 years, he was doing it before anyone knew what it was. Andrea Carlson, I think, is doing a tremendous job. Robert Clark is a pioneer of the sustainable movement; his influence has trickled down and we need more people like that.

Do you want to be a mentor figure?
Not so much a mentor, just do something different. Promote education to chefs. I can only hope that people follow the mindset of a more sustainable future and it preserves skills too - if everyone gets pre-packaged meat, where is the butchery skill in that? And you miss the off-cuts! People talk about sustainable food but there is a beauty in off-cuts; if cooked properly they are delicious. But it's not just a 'pan, sear, cook in the oven' thing it takes more skill to cook off-cuts.