Jay Jones: Cocktails & Dreams or How I Learned to Stop Worrying and Love the Bar

Share All sharing options for: Jay Jones: Cocktails & Dreams or How I Learned to Stop Worrying and Love the Bar

To celebrate World Cocktail Day, we asked award-winning bartender Jay Jones to write for us about his love of the 80s Tom Cruise movie 'Cocktail' - and the formative effect he argues that it has had on a generation of bartenders. 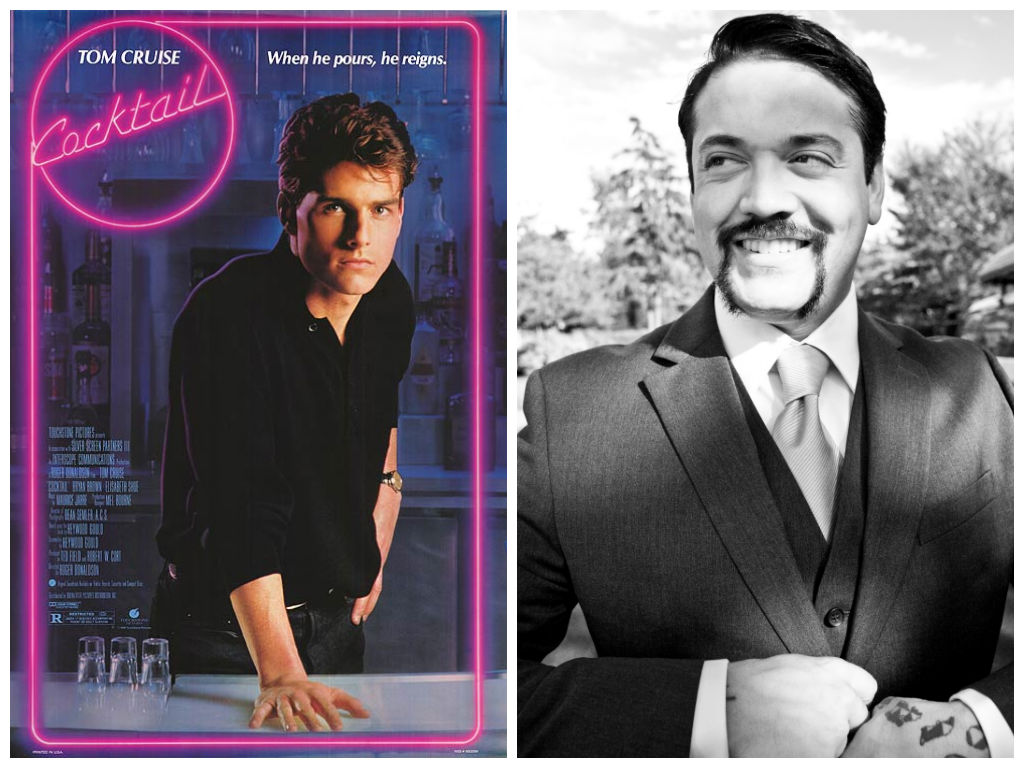 The Bar is open – Brian Flanagan

Rare is the intellectual movie inspired by drink culture. Drunken debauchery is certainly rampant in all genres of film, but thoughtful insight to the world of beverage hospitality is hardly found on the silver screen, but mention the movie 'Cocktail' to most Bartenders over 30 years old in North America and a coy smile will be followed by unashamed appreciation.

Almost a decade before I first stepped behind the Bar in the mid-90s, a movie was made that would change Bartending forever – a movie that peered inside the lurid world of the American Bar and the lascivious creatures perched on both sides of it: "Cocktail" dared to feature a Bartender as the main character. Fresh from "Top Gun", Tom Cruise's continuing establishment as a pop culture icon was perfect prerequisite to bring life and widespread acceptance to a film about a Bartender. A sublime product of its era, the film is largely remembered as a lovable farce, featuring an immodest hero who shakes and smiles his way through adversity, backed by an iconic 80s soundtrack, en route to a Hollywood happy ending. This legacy is deserved, I can say without reservation, that "Cocktail" was one of the most significant influences to me becoming a Bartender. During my fledgling years, the tale stood to encourage my hustle and swagger – following examples of showmanship and licentiousness. As my early years behind the Bar saw a job slowly become a career, reflection on the film drew less and less emotion; directly proportionate to how seriously I was taking my developing hospitality scruples and studies. 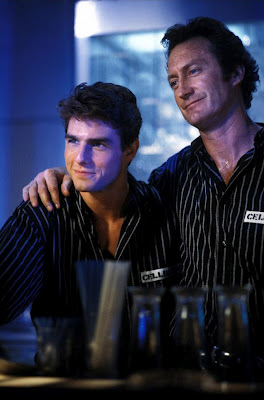 Now having been a professional Bartender for almost twenty years, I can reflect on every scene of the movie with great affection and appreciation – on how it got me started in the industry and how authentically it delves into emotions and experiences I have indeed lived. The intelligence of the movie is underrated until biopsy reveals a keen understanding of the relationships between Bartenders, their patrons, peers and the Bar itself. The truth is that many men and women behind the wood are indeed on their path to doing something else, or taking pause between life decisions. While Bartending has grown in esteem and consideration as a career, decision avoidance was certainly true of my own path when I first stepped behind the Bar in the mid-90s...

Somewhere along the way, Bartending distracted us from what we thought we wanted to be. The main character, Brian Flanagan, represents the young dreamer who we've all been at one point – convinced of a particular future. Right from the dramatic neon titles and energetic opening track (Wild Again by Starship), the tone of ambitious impatience is established. Failing to find a 'respectable' job in the big city, our hero only entertains the prospect of Bartending once all other avenues have been exhausted; a temporary answer for someone who's run out of options. "...this is just a part time gig for me."

See, the name of the game is woman: Little darlings come in here panting, little hearts pitter-patting for the handsome all-knowing bartender. In their wake, a parade of slobbering geeks with one hand on their crotches and the hand other on their wallets. You get the women you get the bucks, and boy oh boy you've got them. Buttons were popping, skirts were rising; when you can see the colour of their panties then you KNOW you've got talent. Stick with me son, I'll make you a star. – Douglas Coughlin 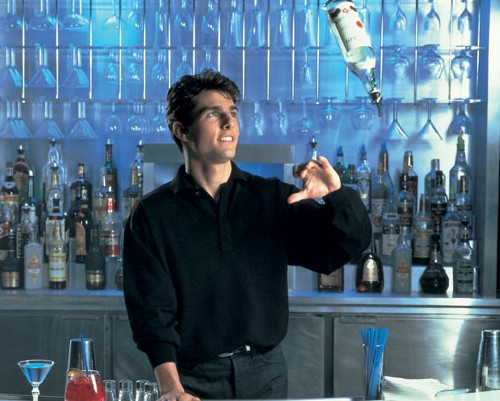 The early story of "Cocktail" switches back and forth nimbly between our protagonist spending tedious days in a business school classrooms and gleaning street sense behind the Bar at night – the dramatic change of disposition on Flanagan's face marking shift of interest. While school is sterile and uninspiring, the lexicon and techniques of Bartending capture an emotional connection, as well as bringing levity to the seriousness of his scholastic intentions. Each time a scene change shifts Flanagan back to the helm of the Bar, he has further adjusted to the pace and triage of Bartending. Magnetized to his charm, the waitresses and denizens are enthralled while fairer patrons are titillated. Fun is the bottom line as he tosses bottles in time with the music. More shakers are dropped than caught – pouring more rum on the counter than in the glass. It is that innocent enthusiasm and newborn fumbling that makes him endearing; so long as he wears that smile. Women at the Bar stare and whisper under the din in shameless approval of the theatrics before them. The Robert Palmer song playing in one pivotal Bar scene says it all: "Might as well face it you're addicted (to love)". Every Bartender has been this kind of purveyor at some point.

Got yourself a new disciple? –Eleanor the waitress

Most young Bartenders desire proficiency as quickly as possible, but soon we learn that true ability is only wrought from experience. Arrogance can be turned to confidence, but only if one first chooses to be a student of the Bar and a servant of the people. Young Flanagan does not expect to become willing apprentice to the greatest pontificator in movie history: Douglas Coughlin (perfectly portrayed by Bryan Brown), who sees his potential – bolstering Flanagan with sagacious philosophies and embracing his role as Mentor. This relationship is fundamental to the story – an accurate reflection of real life symbiosis between Bartenders, with blatant reference to parallel identities in the Star Wars universe. Like Jedi, there are two Bartenders: one disciple and one learner – succinctly surmised when Flanagan cheekily articulates to an instructive Coughlin: "Yes, Obi-Wan". By the end of both tales, the teachers' words inspire from beyond the grave and apprentices become masters: a new hope.

Beer is for breakfast, 'round here, drink or be gone. – Douglas Coughlin 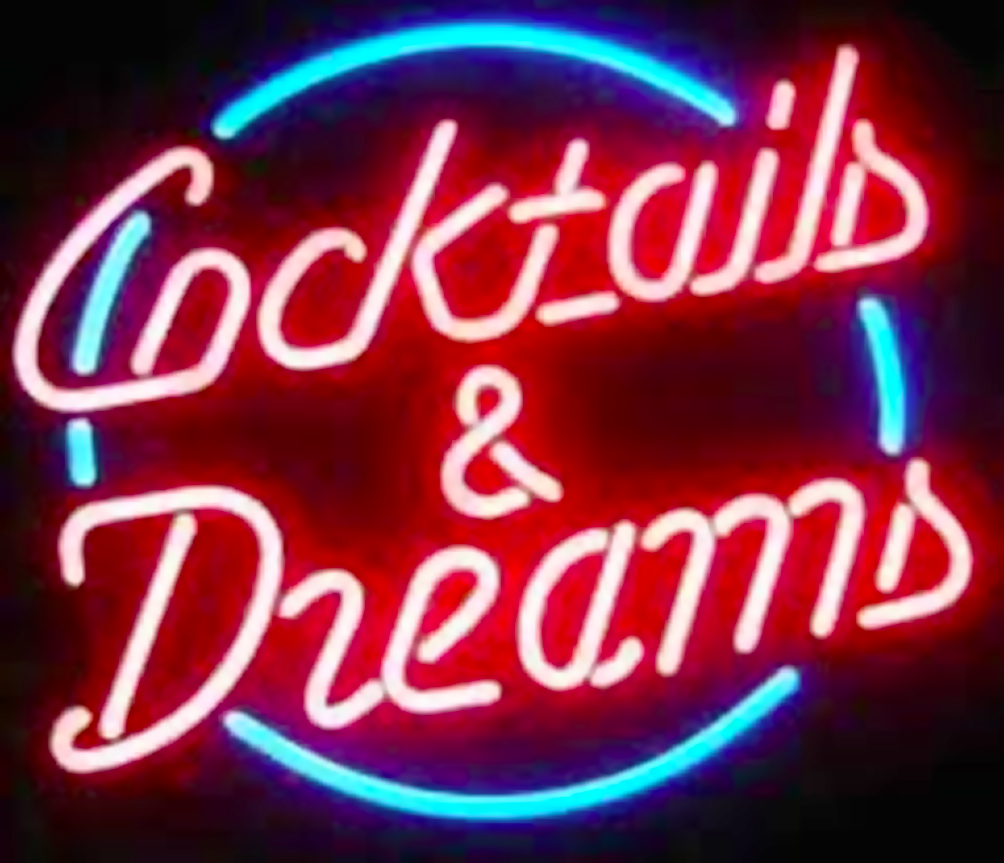 The movie understands that a one-of-a-kind moment happens at the end of each night, in every Bar, everywhere in the world – when the guests depart and Bartenders become their own patrons: Lights go up, ties are undone and Barkeeps embrace the silence and serenity of a closed Bar. Nothing tastes sweeter then that first drink at the end of a shift. We don't make cocktails for ourselves in this precious time – we drink spirits, straight. Beer may be refreshment, but whisky is a reward. We are in the business of procuring merriment – first to our guests, and then to ourselves. Bartenders who don't crave a drink after shift are not to be trusted.

You see, there are two kinds of people in this world: the workers and the hustlers. The hustlers never work and the workers never hustle, and you my friend are a worker...look how tasty your cocktails are, look how clean you keep your Bar. Why man you actually take pride in your work. – Douglas Coughlin

There is an essential arrogance that defines Brian Flanagan – an accurate reflection of most young Bartenders (especially ones who took the movie "Cocktail" as any point of influence). For those that persevere, time and hard work breed ability and maturity. While some Bartenders lean on personality alone to create experiences for their guests, others commit to product knowledge and technical proficiency in defining their professional ability. Beneath Flanagan's hustle and showmanship is a devotion to the fundamentals of good Bar work; suggestion that Bartenders can be equal parts entertainment and ethics.

Gregarious actors backed by a great soundtrack whilst spouting endearing quotations, makes "Cocktail" a movie to simply enjoy at surface value. Upon further inspection, strong story telling is defined by a real understanding of the subject matter. Substance comes courtesy of Heywood Gould – former New York City Bartender and author of both book and screenplay. While Gould's gritty novel features a frustrated and cynical anti-hero in search of an always elusive happiness, the film dips into darkness only briefly – enough to define the archetypal hero without losing the upbeat tone. It is that vibrant energy which inspired a generation of Bartenders to take their first step into a larger world, whether they admit it or not.

If you know that, you're ready to graduate. – Douglas Coughlin

There's an authentic moral to this story. Just like Brian Flanagan, I was drawn to Bartending for its visceral satisfactions and dove right into gratification. However, as the film's characters portray, prolonged self-indulgence leads to self-destruction. Lessons in Bartending become lessons in life: living hard and fast has a limited shelf life. Relationships are the true joy of our industry – colleagues and clients become friends and loved ones. Balance is the key to a well-crafted cocktail – but it is fundamental to a long life in Bartending.
· Cruise's Made-in-Canada Movie 'Cocktail' Celebrates 25 Years [Global]
· Cocktail in Quotes [WikiQuote]
· Cocktail [IMDb]
· Donnelly Group [Official Site]
· All Previous Jay Jones Coverage [EVAN]