"These People Need to Get a Life": What Vancouver Chefs Really Think About "Nattering Yelpers"

Share All sharing options for: "These People Need to Get a Life": What Vancouver Chefs Really Think About "Nattering Yelpers"

The Chicago Tribune printed a story at the weekend from Chris Jones titled "How diners become critics, and why chefs should defy them" reporting that America's National Restaurant Association is offering advice to chefs and restaurants on how to deal with online critics, essentially advising them to put up and shut up. Jones disagrees, calling on chefs to "tell those nattering, negative Yelpers where else they can go."

We contacted a number of chefs in Vancouver and asked how they deal with online critics. Many responded saying that they didn't feel they could put their name to what would be a negative quote about how they really feel about online reviewers. Another said they would speak, so long as their name was left out - and yes, we get the irony but still:

The degree of anonymity these websites offer allows people who have never even visited the restaurant the chance to review them. This also includes competition, previous disgruntled employees or just anyone who is bored. We have had reviews printed that were completely erroneous regarding experiences with food items that haven't even been made. One review complained twice about an accessory of clothing the bartender was wearing, as if it had somehow affected their dining experience. These people need to get a life. If you are constantly critiquing every aspect of every experience you have when you go out, you are likely terrible company. Also, you may want to spend a day or two in the trenches of the restaurant industry dealing with people who feel they shouldn't be charged for hot water. And lemon. And honey. And 26 refills of it, with a ten percent tip and then be forced to say 'Thank you, have a great weekend'. 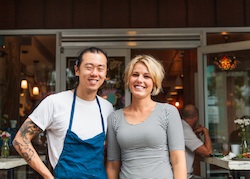 David Gunawan, Farmer's Apprentice: I think if you have a firm belief, integrity, professionalism and principle in everything you do, nobody but yourself can question your your own actions. People always have opinions (that's human nature) but their credibility is generally questionable. Some of us dedicate our entire life to perfect a craft, which may be bewildering to most people who have little or no discipline or dedication and whose sole activity is to spend their leisure time passively agreeing with the masses and intoxicating their mind with junk and television crap.
That's my opinion....nobody has to agree. We all have our own opinions and sometimes they are better left inside than to embarrass ourselves.

Gilles L'Heuerux, Chef/Proprietor, Los Cuervos Taqueria:
Personally I will throw a lazy eye on Yelp comments once in a while. Sometimes (but not often) there can be some useful feedback that you would not otherwise receive.
Generally speaking though, I would never respond to a review in a forum such as Yelp. It undermines what it is that we are doing and gives too much credit to what is mostly uninformed opinions. 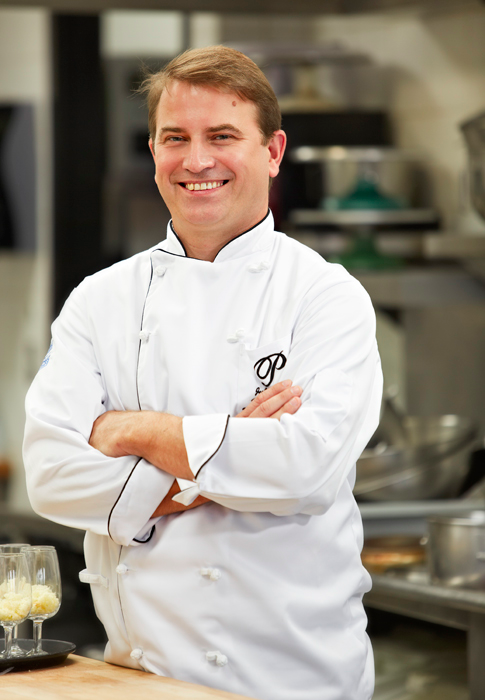 Julian Bond, Executive Chef, Program Director & Vice President Pacific Institute of Culinary Art:
Here is what we teach the students at PICA: Some critics are knowledgeable and provide constructive criticisms with valid comments and legitimate points of view. This is the positive side of bloggers/tweeters that can actually help your business and this industry and ultimately, it can enhance your restaurant. If you don't know about it, how can you fix it!?
However, many tweet or write a blog post that is just plain vindictive and they are careless with their reviews: these types of comments should not go unanswered. There should be a response! And we should hold the person responsible and make them aware we think their comments are unfair, biased and not justified!
I have a recent example of this, not a big deal - it just shows how petty people can get.
At the school we serve this beautiful breadbasket, containing at least four different types of buns, a flat bread and a corn muffin that is made and baked fresh for each service. We serve it with a disk of fresh Canadian butter with a smidgeon of sea salt on top.
We do not charge for the bread, it is served to every table and we get so many wonderful comments and a lot of constructive feedback with suggestions for different types of bread and comments such as a particular bread may need more crust or perhaps more salt – which we as teaching facility feel this is fantastic feedback.
Then one day we got a tweet, that the bread was served cold and it was inconsiderate of us to serve them cold bread. WTF?
This is my take when talking to our students, we always encourage our students to think independently and the school is charged with giving facts without taking sides, however, when it comes to Social Media, we have to stay positive! 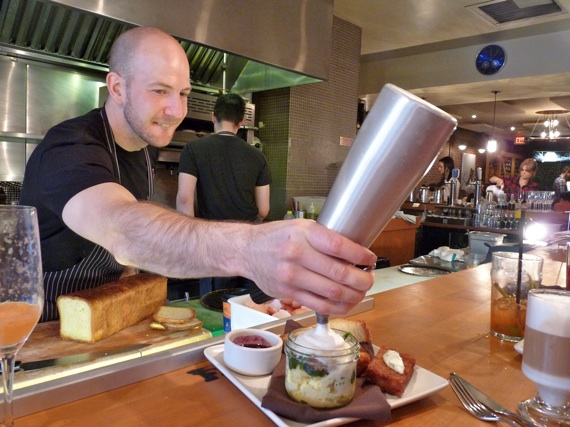 Trevor Bird, chef at Fable:
I think that online reviews affect business. Kathy at Fable responds to 60% of positive reviews online and 100% of negative reviews. we try to win them over again or give us a second chance, which has proven to be very successful. We have had a number of reviewers write a negative piece and after Kathy's response they will turn around and make it a positive one and we have won another loyal client, which turns into more revenue. At the end of the day that's what we our goal is; we may not win as many awards for best dining and most creative food, but we have a packed house every night and every day of the week. We win a lot of people's choice awards (gold medal plates, best in the city). We cater to the majority and it works well, we have some of the highest ratings in Vancouver on online reviews and I'm sure that has to do with how busy we are, and our customer service. We have seen what has happened to so many restaurants that have won acclaim and still failed. So who are we to trust? The majority of online reviewers that actually eat at our restaurants day in and day out or a food critic that enjoys a space and writes how incredible it is, only to watch it fail a year or two later.

That all being said, I think there is value in any review good or bad; you can learn something from every review and make improvements. If the review is at all incorrect or unfair, I highly suggest taking a lesson from Kathy on responding to them. She should write a book on how to handle them. 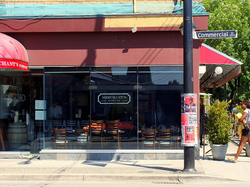 Doug Stephen, Operations Manager, Regio Hospitality (Merchant's Oyster Bar, Cork & Fin):
This is an interesting subject to say the least, one that has sparked debate over the last few years as the 'yelper' has seemingly become more powerful, and yes, some bullies have even chosen to use so called 'peer review sites' as a threat for not getting their way.

I had two gentlemen show up inebriated, half an hour after last call, and demand to be served food.  I had just finished up and our closing manager David politely informed them that the kitchen was closed. They proceeded to bombard him with a multitude of unkind and impolite words. I informed them that they were not welcome in our establishment if they felt that swearing at an employee was an acceptable form of communication.  They proceeded to tell me that they would tell everyone how horrible we were.  I simply requested that they share the full story, the fact that they were denied service due to the hour of the night, as well as their behavior towards David.  Needless to say, they did not. I contacted both Yelp and Urbanspoon about the scenario and Yelp immediately flagged the review, basically meaning you have to dig for it, however Urbanspoon responded by saying that it is company policy to keep any review up.

We have taken a few small steps towards how we deal with this scenario, the first of which is educating the staff; all of our staff know where our product comes from and what makes it special.  The restaurant world is starting to become a two faction world; the homogenized, large format, vanilla restaurant where portion reigns supreme and we need not worry about what we put in our system, and the small unit that prides itself on sourcing the best, the organic and free range, the sustainable and GMO-free.  We pride ourselves on being a part of the latter, however that doesn't mean we don't deal with the occasional guest asking us why we don't provide free bread like some of the other 'Oyster Bars' in the city.  We sell our oysters at a lower rate, we serve our bread with Farmhouse Cultured butter from the Farmers Market just up the street.   We march to our own beat, and will continue to, however we have started to learn how to use some of the tools at our disposal... Yelp has a check-in offer that guests can access via their smart phone, so we decided to create an offer that the guest would not just want to redeem, but would probably want to redeem at the beginning of their meal (three oysters with the purchase of a beverage.)  As a result of our service style, the manager on duty almost always has the opportunity to chat with every table, knowing who is a 'Yelper' allows us to maybe check in with them a few more times to make sure they are having a great time.

For every review that is based solely on personal opinion of our production method, we have a multitude commending us for doing what we do, how we do it.  I still keep on top of all our reviews as they can bring to light other ways we can succeed in giving our guest the best experience possible, however any reviews that simply don't "get" what we're doing is water off the back.  We find it is better to ignore the aggressive and negative reviews then give them the time of day or the satisfaction so to speak.
· How Diners Become Critics, And Why Chefs Should Defy Them [Chicago Tribune]
· All Previous Yelp Coverage [EVAN]