Five Things You Need to Know For Tequila Expo

Share All sharing options for: Five Things You Need to Know For Tequila Expo

The Vancouver International Tequila Expo rolls into town this weekend. We asked Tequila expert Jon Smolensky, from Sovereign Wine and Spirits Ltd to tell us what we need to know before we take on the tasting room. 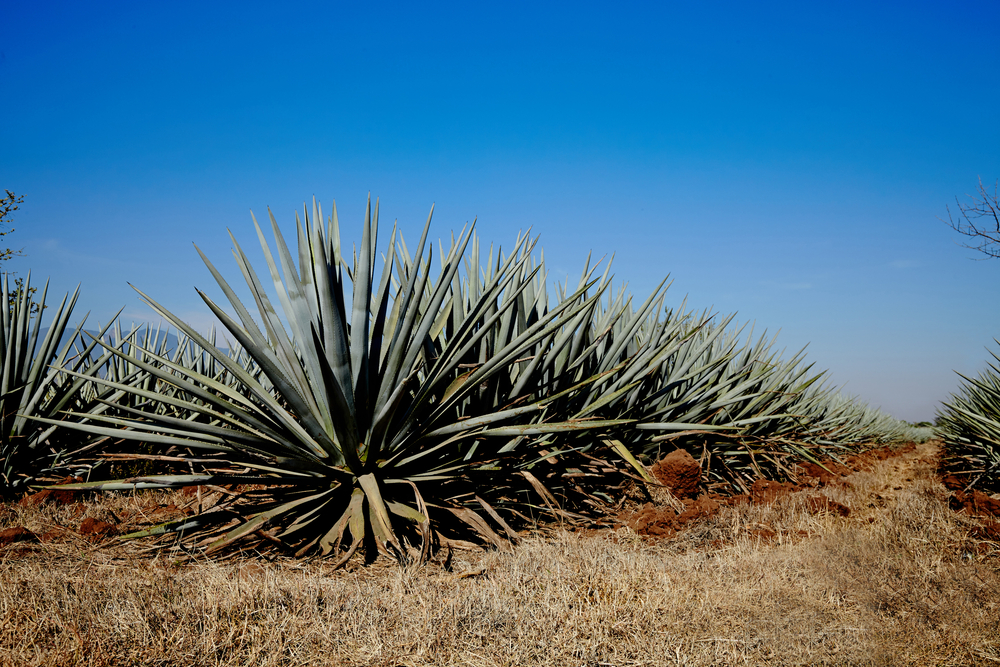 [Photos via Shutterstock]
There is no ignoring the allure and mystique of the maguey (or agave) plant; its role in the history and culture of Mesoamerica has been far-reaching. The Aztecs used the plant in primitive medicines; its fibers have long been used in the textile industry for making carpets, hammocks and fishnets, yet when it comes to the maguey plant within the spirits community, we are only just now scratching the surface of its wonders.
As our palettes continue to expand and our drink options multiply tequila and mezcal have taken their rightful place near the top of the Fine Spirits renaissance. These spirits, distilled from the fermented juice of maguey plants, are unmatched in breadth and diversity in comparison to other spirit categories. With so much to know, here are five important points that can help shed some light into the labyrinth that is agave-based spirits.

1. It's easiest to think of tequila and mezcal in terms of wine
Before the term "tequila" even existed, all agave distillates were called vino de mezcal (mezcal wine). There are approximately 28-30 different maguey species that render a commercially viable spirit (as in, something that you might pay a buck or two to drink). Just as there is Pinot Noir, Chardonnay and Cabernet Franc, there is Blue Weber (tequila), Espadin and Tobalá. Just as there are indigenous wine varietals you've never heard of, there are indigenous maguey varietals you've never heard of.

2. Tequila is mezcal; but mezcal is not tequila.
By definition the term "mezcal" means any distillate derived from the maguey plant family. This includes "tequila", which as a term, refers to a spirit made from agave grown in a strictly delimited geographical area in Mexico abiding by specific production laws. Any bottle stating "tequila" must be derived from the Blue Weber agave plant only. However, Blue Weber is just one of roughly 136 species of maguey grown in Mexico. 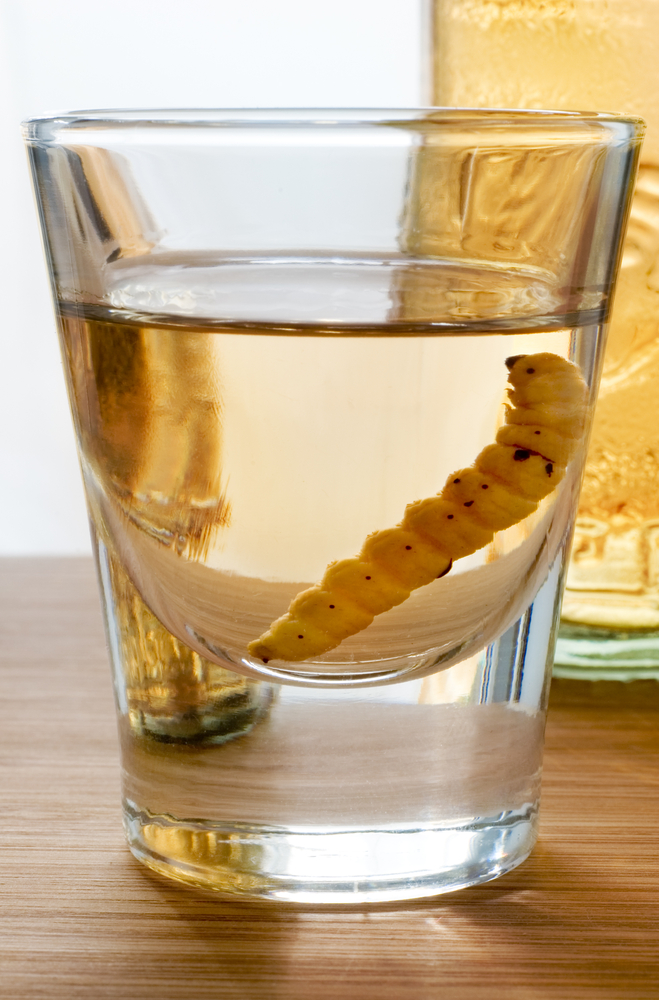 3."The one with the worm" – one of the greatest marketing strategies the beverage industry has ever seen.
While the gusano (agave worm) is a very important part of Oaxacan culture and cuisine, the association of the worm in mezcal comes from the Mad Men advertising era of the 40's and 50's. We can thank a Mexico City art student, J. L. Páez for this nugget; his work at a mezcal bottling plant gave him the genius idea of sticking a worm in the bottle to make his company's mezcal more noticeable and get an edge over competitors. This made sense at the time; it was a great way to market an unheralded spirit. However, with hand-crafted mezcal now more accessible than ever, these gimmicks have more or less passed their shelf life.

4. Why are bottles labeled mezcal generally smoky and bottles labeled tequila generally not?
The answer is quite simple; it has to do with a traditional difference in production method. With tequila, the agave hearts are generally cooked in autoclaves or brick ovens to release the fermentable sugars. Mezcal is generally made in poorer parts of Mexico, such as Oaxaca, where such equipment is of high expense. So it's normal to roast those same agave hearts in a basic fire pit in the ground. Sometimes, in order to increase heat, the makers will even cover the pit in dead plant material. Covered or not, smoke often pillows back over the roasting hearts, embedding itself forever in the flavour profile of the resulting spirit. Now a good mezcal doesn't need to be smokey to be considered good, but it is definitely a common quality. 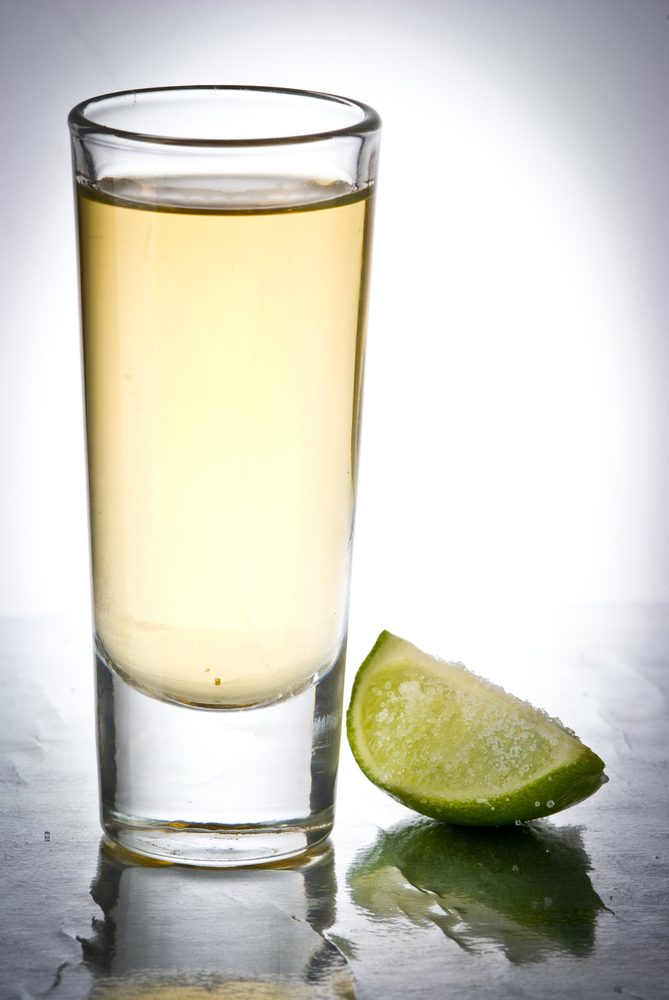 5. Drink your tequila to your liking, but mezcal is a spirit best drank young.The fact that mezcal emanates in poorer parts of Mexico answers questions about its traditions in ageing methods too. Casks are expensive, and so is waiting a while to sell your spirits before you see any return on your work. Therefore, the Dons that distill mezcal have perfected it as an ageless spirit. That's just another part of mezcal's cachet. While there are certainly exceptions to the rule and there are definitely some interesting aged mezcals out there, it's not common. Meanwhile, tequila hails from the more northern, affluent state of Jalisco, where a lot of American and European-influenced distilleries are located. Traditionally, casks are easier and affordable to obtain there.  Further, the whole linear age statement model of tequila (blanco, reposado, añejo, extra añejo) often caters towards a more Westernized pallet. Thus tequilas are designed to be enjoyed with or without age, it's up to you!
· Vancouver International Tequila Expo [Official Site]
· All Previous Eater Instant Expert Coverage [EVAN]