Want to see someone get fired up? Ask them about their taste in food or music. So why not combine the two? In a new regular feature we go behind the scenes to find out what chefs in the city listen to before and after their restaurants open for service. Up first, chef Lucais Syme of La Pentola and Cinara. Get a taste of what it's like in the kitchen by listening to "Blood and Thunder", by Mastodon, from the album Leviathan. 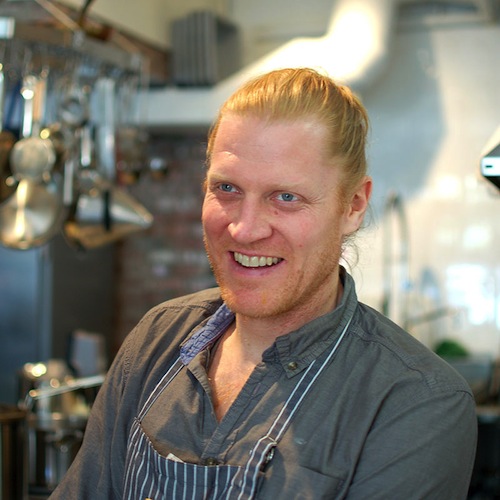 So many different approaches of music in the kitchen from different place to place. For example, I worked at Cioppinos where no music would be tolerated during the day of prep, the only sounds coming from the same dreadful playlist in the dining room that occurred at the exact same minute of every day. Upon occasion, after all of the guests had left on what had been a particularly busy night, the music would be commandeered by Christiano, and he would play very loud Backstreet Boys and sing along. The antithesis being Andrey Durbach at Parkside, where beers and music during service were taken very seriously. We would be sure to catch as much shit for a poorly placed element on a dish as a hiatus on the playlist from the stereo (and certain death if the beers ran dry together!)

For my own kitchens, I am at my best with music playing constantly. The realm of kitchen music can very drastically dependent on mood, time and pressure...which often is all the same...fucking intense. If I get a moment alone in the kitchen - which is rare - it is very heavy, very loud metal; Gwar, if I am feeling upbeat, Lamb of God if the opposite. If I need to calm down it is Mastadon's Leviathan album which is considered a masterpiece in the metal hall of fame. 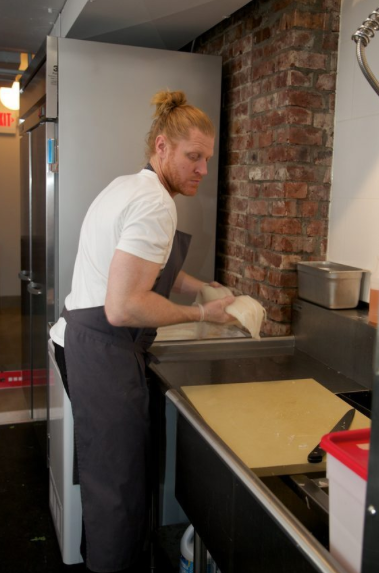 As each day is different, so too can be the tunes. Sometimes it is ok to have an afternoon of bouncy girl jams where all the ladies in the kitchen (most definitely including my wife) are singing along and dancing between their meez.
And probably me too.
And sometimes it is not ok for anyone to play what they like. Generally if my mood gets soured, the music is turned off. Rare that it happens (thankfully), but it can be intolerable to try to concentrate when the only thing you can hear is the most grating sound of offense in every lyric. Mostly the music is up for grabs. At La Pentola, one fellow in the kitchen has a thing for Rhianna, and it seems to be largely tolerated, while punk music is not. 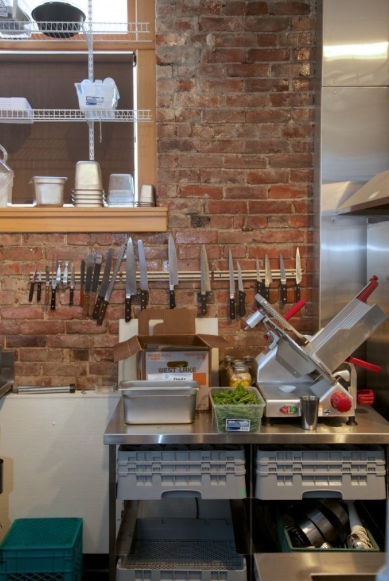 Loud, (to the point of having to be clear with calling the bills over the thumping Skrillex), is par for the course on Friday at La Pentola at 8pm. Where unfortunately at Cinara we cannot be sealed away from the guests and pound away to our own rhythms, we must abide by the same tunes all of the dining room is entertained. Which I suppose could answer some questions regarding our playlist in the dining room, as perhaps it may not be everyone's taste to have the odd Led Zeppelin track accompany their dinner. However, if they can only appreciate that the song itself took the kitchen to a higher zen for 7 and 1/2 minutes; to perhaps make us more relaxed and simultaneously more connected to the food, the dining room and the moment, bringing all together in a celebration of goodwill and rock.
Anyway, I feel that music and food are greatly connected. Happy music=happy food. Most chefs are particular about their food in their restaurants, and I am certainly also particular about my music.
· All Previous Cinara Coverage [EVAN]
· Cinara [Official Site]