After the Olympic Village's Craft Beer Market temporarily closed yesterday we spoke with their Corporate marketing manager, Alison Robertson, to get the full story. 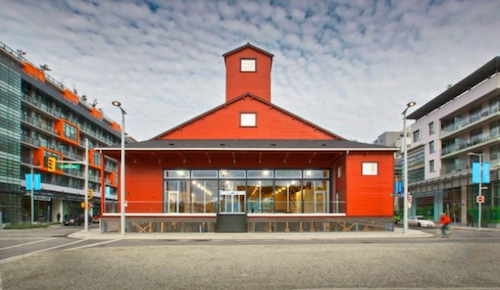 Global and other media are reporting that you closed because of norovirus, but your statement says this has not been confirmed.
No, norovirus has not been confirmed, we're working with Vancouver Coastal Health to determine the root cause. We heard that term 'norovirus' being used in the media and our understanding is that the symptoms of vomiting and diarrhea, which are common flu symptoms are the same symptoms of norovius - but that strain typically lasts about 72 hours as opposed to 24 hours. But that cause has not been determined yet.

Also there seems to be confusion around whether you closed voluntarily or were closed due to an order.
Vancouver Coastal Health came down yesterday and spoke to our chef, at that time, no closure order was issued but we closed the doors as a precautionary measure on their advice anyway. Then, later in the day, after we'd closed we did receive a temporary closure notice.

Has this happened before?
We've never had to deal with this before; health and safety for our guests and team members is our number one priority. We want to work closely with VCH to give them any information that they need to discover the cause. We want to see if there are any measures or policies we need to change to deal with this. We already have policies in place internally, if a guest calls to complain of illness, we always direct them to follow up with VCH and then work with them to if they feel a site visit is necessary and we'll work with them to determine the cause.

What are you going to do now?
We have a meeting scheduled this morning with the VCH and we'll update everyone after that. We'll have to wait and see; we've been very open and we don't want people to have questions so we're asking people to contact us directly so we can address any concerns.

How will this affect things for you?
We're frustrated that no one has called to ask about specifics - you put terminology like that out there and it puts out a scare in the public which is unfortunate and from a business point of view that can be detrimental too. But our health inspector has been great to deal with and as we said in our statement, health and safety is our number one priority all the time.
· Craft Beer Market [Official Site]
· All Craft Beer Market Coverage [EVAN]