Share All sharing options for: Vancouver Barstars Battle it Out to Represent Canada at World Class Today

The World Class Canada bartender contest comes to Vancouver this week and four of our local barstars will be competing to represent Canada in the UK in July in a five day contest with 42 nations competing to be the ultimate World Class bartender. 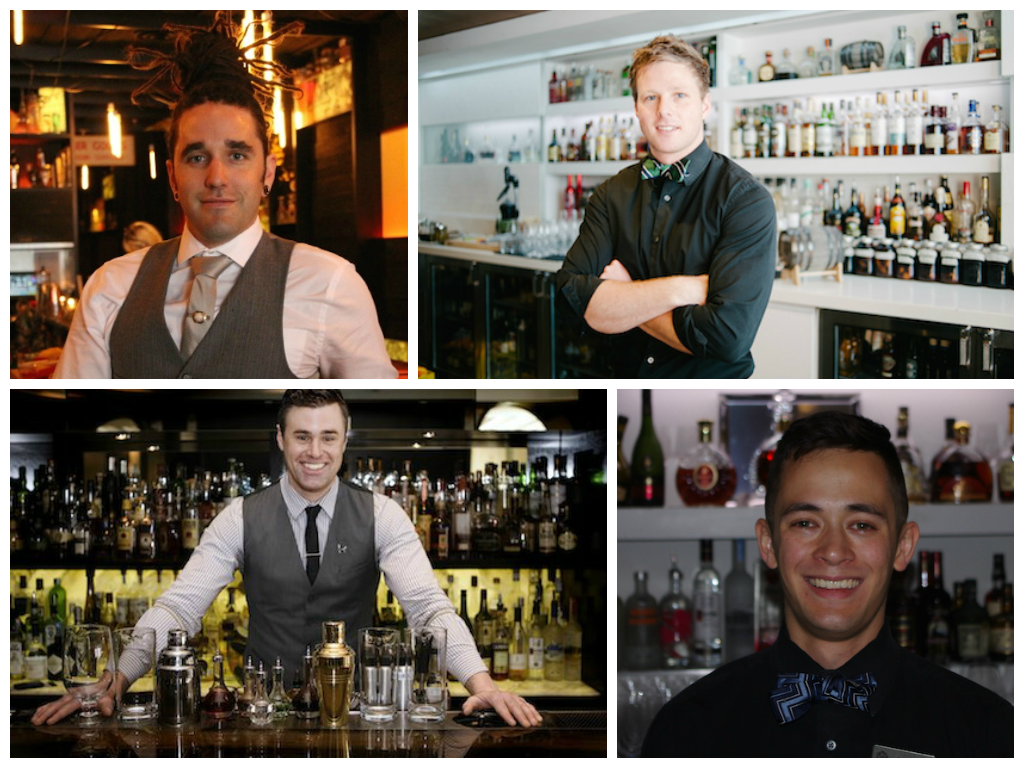 This is not your average cocktail contest; first bartenders have to complete two educational modules and score at least 80% in an exam. Next, they have to submit a recipe which gets made by a judging panel - and so instructions have to be precise and clear. From that blind tasting, 25 are picked to go on to a Skype interview so the panel can assess their personality, passion for the craft, creativity and presentation. This whittles it down to 10 and Cooper Tardivel from Hawksworth, Gez McAlpine from the Keefer, and Grant Sceney and Mike Shum from the Fairmont Pacific Rim will demonstrate how they beat out nearly 200 other bartenders to earn a coveted spot in the World Class Top Ten.
We spoke to all four contestants to find out what their game plan is to win.

What do you think you did to impress the judges to get this far?
After making the top 25, we got to do an online Skype interview which was our chance to show our personality and creativity. My drink 'For Whom the Bell Tolls' had Don Julio Tequila, Bell Pepper, Basil and Lagavulan.  I just had a bit of fun with the interview by role playing and dressing up as Ernest Hemingway.

What's your game plan for the final?
To not hold back on anything. I'm humbled just by being able to compete alongside these nine other incredibly talented bartenders, but the competition is going to be fierce. All these guys make great drinks. The competition encourages out of the box thinking, and knowing your judges and what they are looking for. The winner is going to be the bartender that goes out of their comfort zone but can stay calm under pressure. This isn't easy to do when your judges include industry legends Dale de Groff, Steve Olsen and Tony Abou Ganim

What would would it mean to win?
The winner of this competition - along with being named the Canadian World Class bartender of the year - competes at the global final against 41 other top bartenders from around the world. This is the largest and toughest competition globally and I would be truly honoured and proud to represent Canada and have the chance to show just how far the Canadian bar community has come. World Class is a feather in the cap and every bartender wants to win this.

What do you think you did to impress the judges to get this far?
I think I was just pretty honest! I made a drink that embraced the lifestyle I live here and the style of cocktail I like to drink. I tried to incorporate the sights, smells and flavours of Chinatown and presented it with confidence. The drink contains Johnny Walker Gold Label reserve, which is genuinely one of my favourite blended whiskeys, so being passionate about it was easy.

What's your game plan for the final?
With the amount of talent from across the country coming to BC to compete, the only game plan I have is to do the very best I can personally. Make cracking, well thought-out drinks and present in a way that makes a great impression on the judges, Who, by the way, have been Idols and inspiration for me throughout my whole career! I love to make cocktails as fast and as great as I can, next week I get the chance to show Dale Degroff just how well I can do it! That's pretty awesome.

What would would it mean to win?
Firstly, it would mean I might need to be put on an IV drip on Wednesday morning to relieve a crippling hangover. To get that title of Canadian World Class bartender of the year would be unreal. Better still would be taking that title to the UK to compete against the best in the world. The best thing that comes out of these competitions is that everybody is learning to be better at what we do. It pushes us to make better drinks, and in the process, puts Vancouver's amazing cocktail scene in the spotlight - which is good for everyone!

What do you think you did to impress the judges to get this far?
I think it was my passion for this industry that has gotten me to the final round. Having the opportunity to speak live with the judges helped me communicate why I want to be here more clearly than any recipe or bio could.

What's your game plan for the final?
To execute great cocktails with finesse and elegance while staying light-hearted. In a final with so many heavyweights, I feel my best chance is to be real with the judges and my competitors and to pour from the heart.

What would would it mean to win?
I want to win for my mentors Grant and H, as well as to represent the Fairmont brand; without them I would not be here with a chance to compete on this level. Before I win for myself, I want to win for them.

What do you think you did to impress the judges to get this far?
This competition has very strict requirements, like using less than eight ingredients; only 1.5oz of alcohol and you can also only use their products, so creating a unique and impressive cocktail wasn't easy. I presented the judges with a hibiscus style margarita, what I think impressed them was the way I was able amplify the aromatic elements of the drink.

What's your game plan for the final?
It's hard to have a 'game plan' besides lots of planning, testing and tasting. I guess I'm planning on stay true to the style of cocktails that we prepare at Hawksworth Cocktail Bar but show a larger range of skill while also showcasing the different flavours of the spirits.

What would it mean to win?
I believe that people in hospitality are naturally competitive by nature, otherwise why would restaurant awards be such a big deal, but winning this particular competition is about more than just bragging rights. The judges are idols to most bartenders, therefore showcasing your talent and being congratulated on your skill in this competition is the ultimate prize.
· World Class Canada [Official Site]
· All Previous Cocktail Coverage [EVAN]