The Fat Badger quietly opened recently in the West End, a British gastro-pub venture from the team behind Espana. We spoke to its chef and co-owner Neil Taylor before it opened. 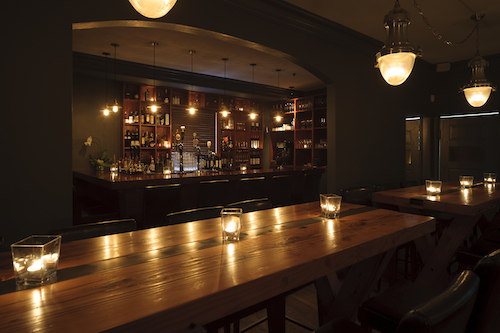 Tell us about the plan for the Fat Badger.
We've always wanted to do a British gastro-pub; New York's been doing it for a while but there's nothing like that here. So, chalkboards for menus, changes every day. It's exciting. Ed and I are both English and we've always talked about doing this, ever since we met back working at Cibo.

What's behind the name?
We went through so many different names, there's not too much behind it - it's just what we all liked. We had a lot of different ideas but the first image that we got back from our designer was of a North American badger which is slightly different from the British ones - this had fangs and looked quite aggressive - so we asked for an English one. No fangs.

How will you make it work running two restaurants?
I'm not going to just run away from Espana, that's something that we really considered when we thought about doing something else; this is mine and Ed's first restaurant, it's our little baby but we know it's in good hands or we wouldn't feel confident. A lot of my team came with me from Cibo so they've been with me for three or four years. They know my style, what I want and what I expect and they'll carry that out. 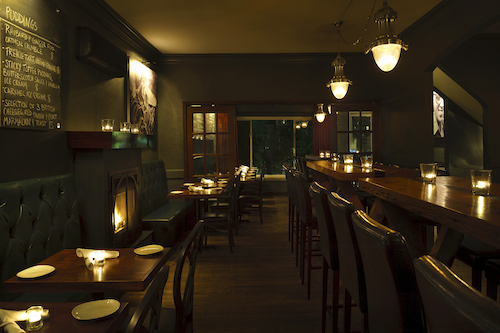 You've gone from Italian to French, to Spanish to English - is this a cooking tour of Europe for you?
It's not a conscious effort to go around Europe, but I guess it's how it's worked out. I've cooked predominantly English food; I cooked at Kensington Place for Rowley Leigh way back. I love English food; it hasn't got the best reputation across the world, but it's definitely something I've always wanted to do and a gastro-pub was always my preferred place to eat when I was in London so it's always been a dream of mine to do that.

How do you define 'English food'?
That is going to be tricky, people assume it's fish and chips and pies - which to a certain extent it is - but there's more to it than that. It's hard to define; I'll still use Canadian produce and all the local farmers that I use, but we'll make British dishes. Dishes will have a British element or idea to them; scotch eggs, black pudding, those things that have an element of Britain about it, but it's not going to be 100% English. 'Gastro-pub' lets you go in different directions; Italian cuisine is incredibly regionally diverse but doesn't have many outside elements to it. But as long as it makes sense and I feel that it's food that I'd get in a gastro-pub in Britain, then that's what we want. 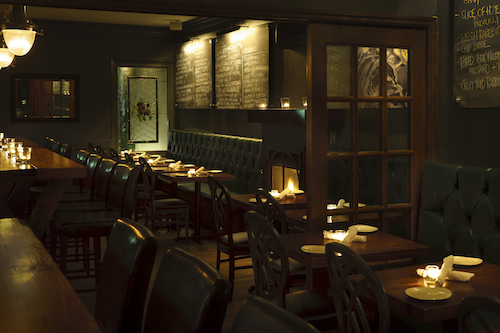 So, as a fellow Brit, I'm guessing you have to have a curry on the menu?
I have debated whether there should be a curry. I don't think I will but I'll have something that pays homage to that. I don't know how yet - I'll work it out, a nod towards that side of our British curry. [Neil's serving a poutine with chips, chicken tikka masala, paneer and curds] We'll definitely do a great Ploughman's Lunch when we open up at lunchtime. We'll be making our own pork pies for that. We'll be launching traditional Sunday lunch service too, it's an institution in England.

And finally, what changes have you made to the space?
Le Gavroche had a fine dining French atmosphere so we've tried to make it more homely. We've put beer taps on with 100% British beers, made it more casual. I'm so excited to have it open, almost more excited than I was about Espana, I was so nervous then as it was our first restaurant, but there's a good buzz about the Fat Badger so we're just really excited.