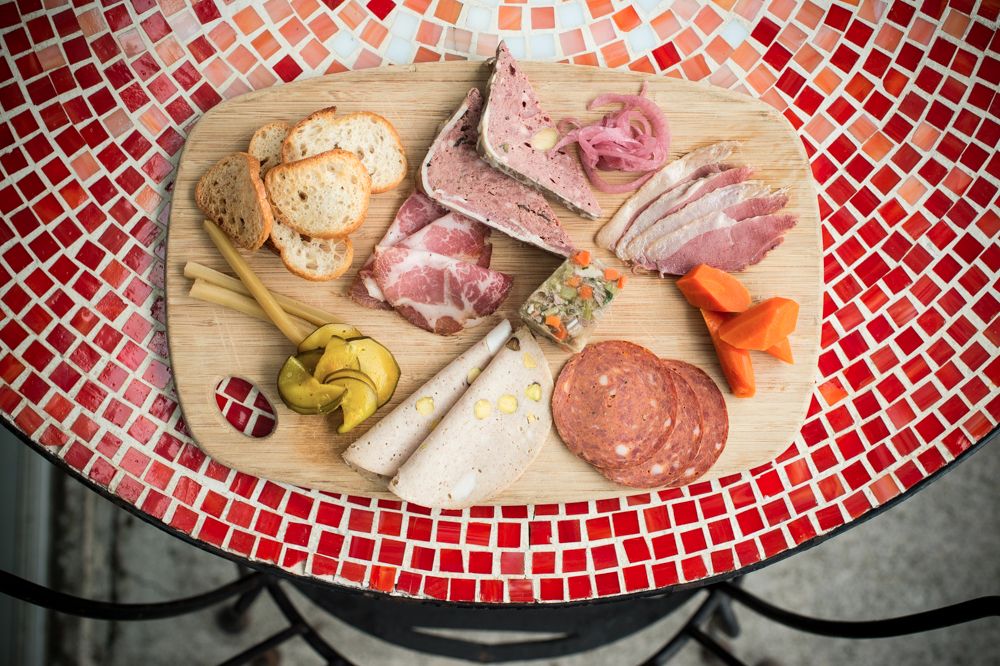 PORTLAND— Farang, the full-length feature documentary about Pok Pok's Andy Ricker, is now available to stream online. To accompany the release, Portland Monthly's Karen Brooks offers an essay about why Ricker "has always been destined for greatness," writing that the opening of Portland's now-iconic Pok Pok represented a newfound "food-first, come as you are, I did it my way attitude." [-EN-]

SEATTLE— It's all meat, all the time on Eater sites across the land this week: Eater Seattle digs into extreme meat fit for the brave-hearted carnivore, including chocolate blood pork stew and tripe curry. Also, a handy guide to all-things-skewered, and for home cooks spending time with friends or family in Seattle this summer, a map of the city's killer butcher shops. Check out all the meaty coverage. [ESEA]

PORTLAND— Portland is a town that loves its charcuterie, so for The Five Days of Meat, Eater PDX toured a series of plates around town. Check out the 12 preparations that span two boards at Paley's Place, the diverse offerings (including a Scotch egg) at Little Bird Bistro, and plates from two local meat icons: The supremely porky Olympic Provisions and the pate-filled butcher's counter at Laurelhurst Market. [EPDX]