The Triumphant Return of the Tacky '80s Cocktail

Share All sharing options for: The Triumphant Return of the Tacky '80s Cocktail

The Diamond is launching a 1970s and 1980s-inspired cocktail list tomorrow in their 'Happy Hour' bar. To celebrate, we asked The Diamond's bar manager Thor Paulson to explain why 80s cocktails are So Hot Right Now. 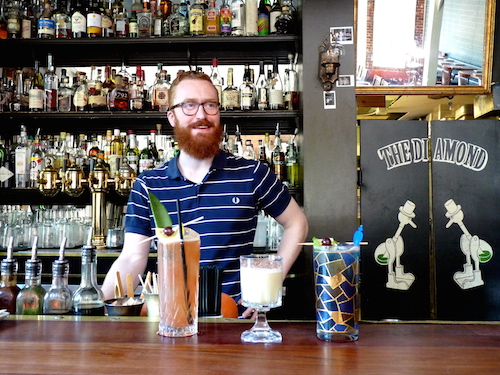 On July 29th, bartenders and movie buffs alike will celebrate (or try to forget) the 26th anniversary of the classic bartender flick Cocktail (1988) starring Tom Cruise. Love it or hate it, the release of the film coincided with the reopening of the famous Rainbow Room in New York City. It was then and there that bartending legend Dale DeGroff created the first modern cocktail program, using classic techniques and fresh ingredients, since the end of Prohibition.

This inspired a generation of bartenders and launched a global movement, the so-called "Cocktail Renaissance," wherein those sickly sweet, alcohol-masking, and often inappropriately-named cocktails of the 1970s and 1980s were discarded in favour of balanced libations prepared with fresh ingredients meant to highlight the base spirit. So ended the dark ages of the cocktail. 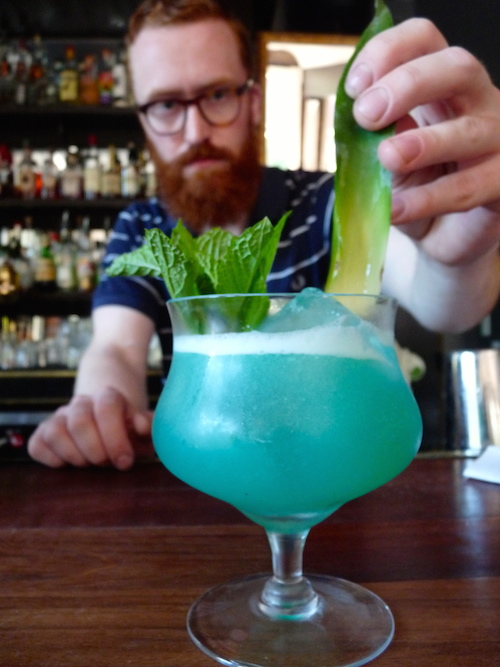 So why are these 1970s and 1980s cocktails, or updated versions of them, reappearing at respectable cocktail joints around the world? The Majestic, a Virginia cocktail spot, is pouring edited versions of the Tequila Sunrise, Electric Lemonade, and the Harvey Wallbanger. Melbourne's The Underground Experiment features bar manager Linus Schazmann's delicious recreation of the Grasshopper, although I know several local bartenders who will argue the drink needs no retouching.

The tacky, booze-masking cocktails of yore and classic cocktails were displaced by a number of factors: U.S. Prohibition drove drinking culture underground, and the only goal when mixing a drink was to make it tolerably palatable. The economic and human costs of World War Two caused rationing and changed drinking culture. Processed foods emerged in the 1950s, yielding vibrantly coloured and artificial "sour mix" and other ingredients. The 1960s Counterculture pitted young people against their parents' society, politics, and drinking habits. Cocktails were for old people. It would be a long time before Tom Cruise displaced Lawrence Welk.

By the 1970s, most of the knowledge surrounding the craft of the cocktail was lost, hidden in small pockets and forgotten old books. Being a bartender went from being a profession to being something you did for extra cash in between "real" jobs. While the techniques and philosophy behind classic cocktails had disappeared, the general notion that bartenders should be, you know, mixing stuff together remained. Mix they did. Famed bartender and author Gary Regan described this as the "Punk era" of cocktails. Hundreds of cocktails ranging from the mediocre, to the super sweet, to the just plain gross (the Cement Mixer, a shot of Bailey's curdled by lime juice to give it a gravel-like consistency) were created without the benefit of the knowledge lost during the preceding decades, given names more often than not derived from sexual acts, and foisted upon an unsuspecting generation. 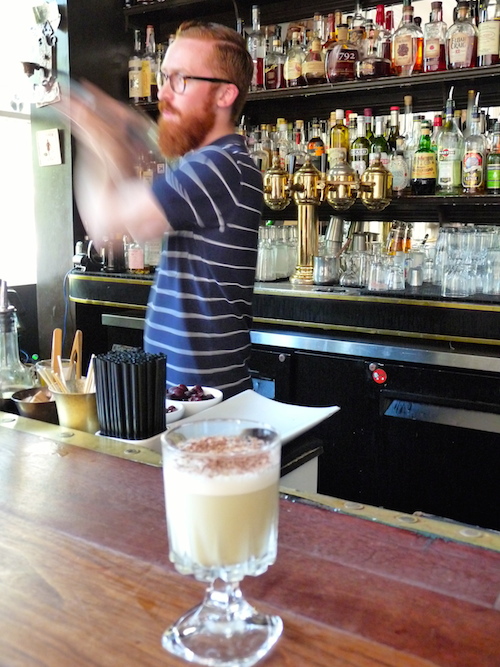 The reason these cocktails are making a comeback is simple: for better or for worse, these were the drinks of our adolescence. Since the majority of bartenders working today were born in the 1970s and 1980s, they are taking the techniques that have been rediscovered and applying them to the drinks of ages past. While the 1980s are trendy again, it makes sense that the drinks of that decade also get a second look.

The main reason these new and improved cocktails appeal to me is that they are fun and they don't take themselves too seriously. My bar, The Diamond, is one of hundreds of Prohibition-era style cocktail bars that have opened around the world. They are staffed by a new generation of young bartenders who are passionate about classic methods of cocktail preparation. Places like these are a symptom and a cause of the global cocktail revolution. However, they can be pretentious, intimidating places if we are not careful. Serving fun drinks that harken back to a more carefree time, when it was more about getting drunk than it was about what you were drinking, shows not only the evolution of the cocktail, but also the continuing evolution of the bartender.
· The Diamond [Official Site]
· All Thor Paulson Coverage [EVAN]
· All Cocktail Coverage [EVAN]
· All Eater Essays [EVAN]