On July 1st Four Seasons YEW Seafood Restaurant and Bar's chef Ned Bell set off to cycle across Canada. He'll be keeping us posted with his journey from the road for the full eleven weeks. Here now, the fifth of his diary entries. 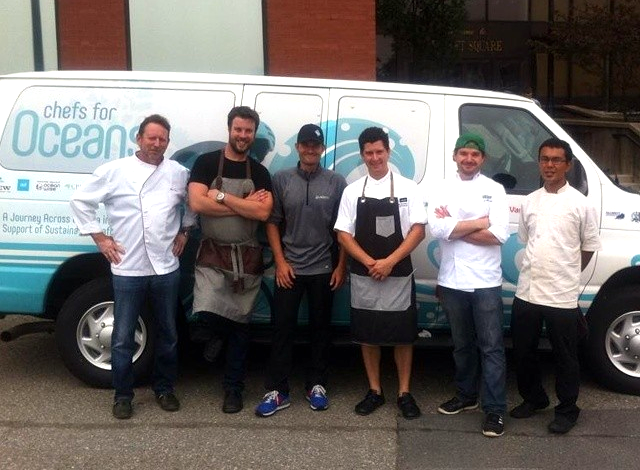 Another solid week for the CFO Team. We are at almost 3000 km ridden so far. Epic days on the bike and 5am to noon has become a common cycling day. Funny how much of a schedule I seem to be on considering I am just riding a bike. The body, mind and spirit needs the detailed schedule, and it has worked day after day after day so far. Early to bed and then up early; lots of fuel, lots of water, a few treats.  Ride for 5-7 hours. Repeat. 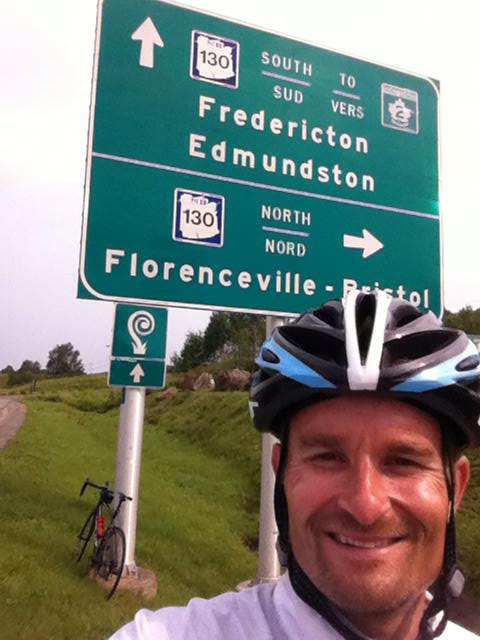 The events continue to be a big success - lots of work - but so worth the effort for all the support we are getting, the awareness we're raising and the celebrating we're doing! Saint John in New Brunswick was fantastic, chef Jesse Vergen and the team at the Saint John Ale House were champions. We had five wicked chefs from around the province and the seafood was impeccable. A home run if you ask me. I'm looking forward to heading back there soon! Chef Chris Aerni from St Andrews and the Rossmount Inn has invited Chefs for Oceans back for the Shellfish Festival next year. Another East Coast family visit sounds perfect to me.

We followed that a few days later at one of the top 10 farmers markets in the country in Fredericton. It was a perfect way to spread the word to hundreds of people. Lots of wild pacific albacore tuna sold to fuel the CFO Van, team and the trip! We need all the help we can get. Today was another brand new province as I rode into La Belle Province this morning with the sun rising behind me. 167 k. To St Pascal. Incredible lunch in Kamouraska Quebec, Tarte Flambé & Pissaladiere! Perfect crust, incredible flavour. I inhaled them both. Can't wait for all the good eating in Quebec City & Montreal this weekend. Bring it on. The Aquarium in QC, Chefs Jonathon Lapierre, Chuck Hughes and a ton of Awesome chefs in Montreal. Here we go. I plan to eat well.
Follow Ned's Journey at #chefsforoceans and via @Nedbell on Twitter. See you on the road.
· Chefs for Oceans. [Official Site]
· All Ned Bell Coverage [EVAN]
· All Chefs for Oceans Coverage [EVAN]