The Abbey, the new project from chef Andrey Durbach, Chris Stewart, and Michel Durocher is opening tonight at 5p.m. in the old Wild Rice spot at 117 West Pender Street. A sleek, warm space licensed for 99 people with a menu that hops from gastro-pub classics to Izakaya standards with a quick stop at French bistro delights, we spoke with Andrey and Michel to get the low-down. 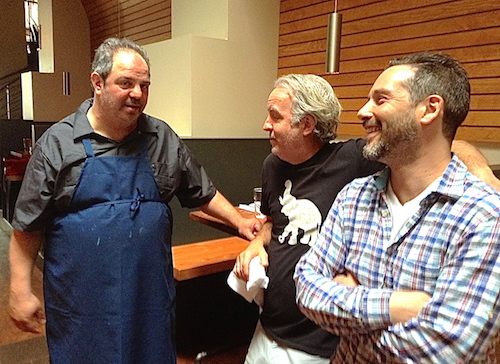 Andrey, tell us about the menu.
I'm not looking to recreate an English pub or anything like that but I'd like to hit on some nice touchstones I really enjoy about English-style gastro-pubs. The wonderful thing about living in the modern world is that it's 2014 in England as well and they have a few Asian things and everyone works in the modern sensibility these days. We've lightened a few things up for our local audience and made them accessible and comfortable rather than tweaked and presented and pushed them into shapes they shouldn't go in to. 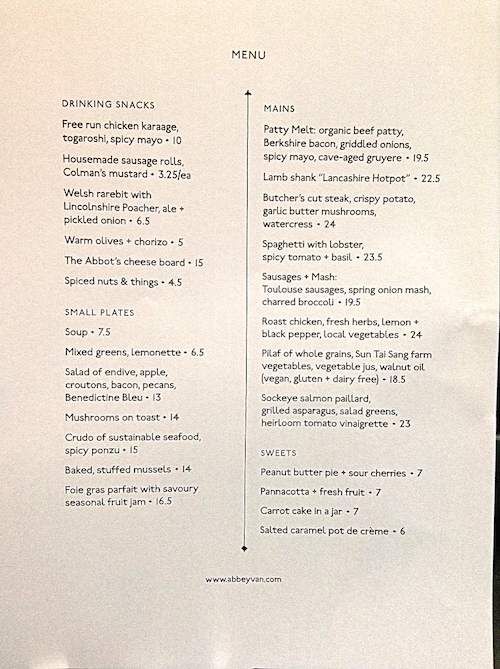 What's the must-have?
I'm actually pretty thrilled about it all but I think the sausages and mash are a pretty fantastic representation of what we do. And again - there's nothing ground-breaking here but we have a gentleman that's making custom Toulouse sausages for us and we make fantastic mash with potatoes from a gentleman that grows them at the foot of SE Marine Drive and a wonderful mustard sauce to go with them. What really excites me here is the super-high quality ingredients and we present them in a way that's un-fussed and un-messed with and use them to make touchstones that people can relate to and understand.

This is your first project as co-owner, Michel, does it feel any different?
Chris and Andrey have been my only employers in Vancouver for ten years. Aside from a short hiatus when I left town and ran the food and beverage department at Kicking Horse Resort, we've always worked together. I've always had a great relationship with them, and when I manage a place I always operated as though it's my own anyway. They've always been great about respecting my opinions and we work together as three voices - so between the three of us we should have some good ideas. 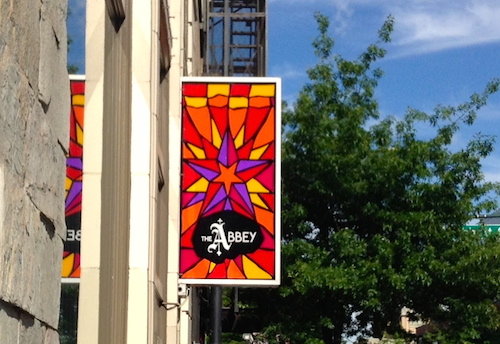 The menu darts around between gastro-pub and Asian flavours, tell us about that.
We're operating a tavern in Vancouver; in London you have a certain style of cuisine that people are comfortable with and in Vancouver with our strong Asian population and strong Asian influence, the items that you see on the menu have that Asian twist. It reflects the city that we live in. The menu from start to end reads where you can have anything from $4 to a steak for two for $60. If you want to come in and have a glass of wine at the bar and a bowl of olives we'd love to see you. If you want to come in and do a big dinner, we're here too. I always look at a tavern as giving a great selection from both ends you can really make use of the space, we wanted to create a comfortable space where people could come in and enjoy themselves, make it a social dynamic with different rooms where people are comfortable to be. 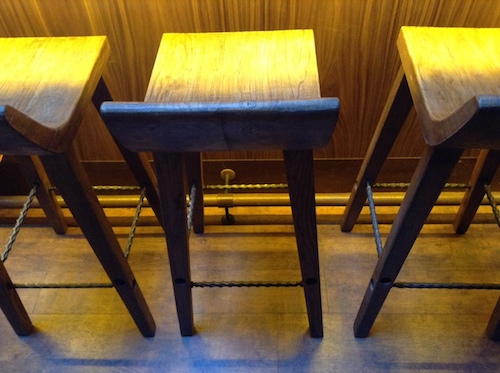 How's the neighbourhood?
The neighbourhood is great; Andrey moved to Gastown in 1992, I live a block away, being here in Crosstown, I think when Wild Rice opened up 14 years ago people thought he was crazy, but when you look at it now and factor in Rogers Arena, BC Place, just two blocks away. Roughly 200 events a year which cater to roughly 5,000 to 30,000 people. Then there's the Queen Elizabeth theatre and the cinema, it's an entertainment district and just standing at the corner of Pender, watching the foot traffic, it's unbelievable. 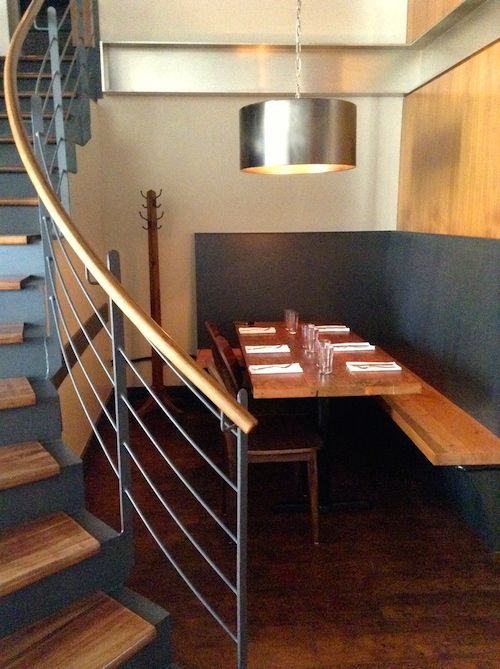 What's the biggest change that people will see from the Wild Rice days?
It's warm; the idea is that it's a warm room and inviting. Wild Rice was very modern when it opened up, one of the things that we wanted to do was soften up the room. The biggest thing for us is that we wanted that tavern feel; sleeker than a pub but the comfort level is there. Wood all over the place; the wooden bar stools came from a supplier in Cloverdale who gets them from California - there's just lots of wood everywhere!
· The Abbey [Official Site]
· All Previous Abbey Coverage [EVAN]