This Week in Cascadia: Pie No More in Seattle; Ultra-Farm-To-Table in PDX

Share All sharing options for: This Week in Cascadia: Pie No More in Seattle; Ultra-Farm-To-Table in PDX 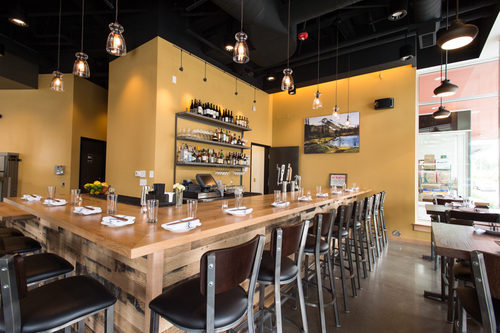 PORTLAND— Need a restaurant recommendation for Portland? Eater PDX hit the "update" button on both the Eater 38 and the Eater PDX Heatmap. While the 38 welcomed just one newcomer (downtown's charming "pastry luncheonette" Maurice), the Heatmap sees five new additions for the month of July, including a much-anticipated fried chicken joint, an upscale diner (with an old school vibe), and a take on "Cascadian-Scandinavian" cuisine. Go forth and eat. [EPDX]

SEATTLE— One of Seattle's first specialty pie shops is shuttering next month. In sad news that broke over Facebook earlier this week, after almost a decade Shoofly Pie in West Seattle will serve its last slice on August 17. [ESEA]

PORTLAND— How's this for farm-to-table? Portland's Hollywood District is now home to a "Japanese soul food" restaurant where the menu (and an adjacent butcher shop) is stocked with meat from the owners' Southern Oregon ranch, Pono Farms. Pono Farm Soul Kitchen features both Japanese home-cooking classics (simmered pork kakuni and congee) and more meat-forward preparations (steak tartare with ponzu). It's also a stone's throw from the iconic Hollywood Theater, making it the perfect partner for dinner-and-a-show. [EPDX]

SEATTLE— Traveling to Seattle this weekend and need a fresh set of dinner ideas? The new July Heatmap is chock-full of the buzziest restaurants and bars in the city, with two new spots making their debut on the list. And since it's salad season, Eater Seattle rounded up a map of restaurants serving ultra-fresh mounds of greens. [ESEA]
· All Cascadia Wire [EVAN]