Welcome to Lifers, a feature in which Eater interviews the men and women who have worked in the restaurant and bar industry for the better part of their lives, sharing their stories and more. To celebrate The Five Days of Meat, we asked Joie Alvaro Kent to talk to Oyama Sausage Co's Jan van der Lieck about a life spent in the meat industry. 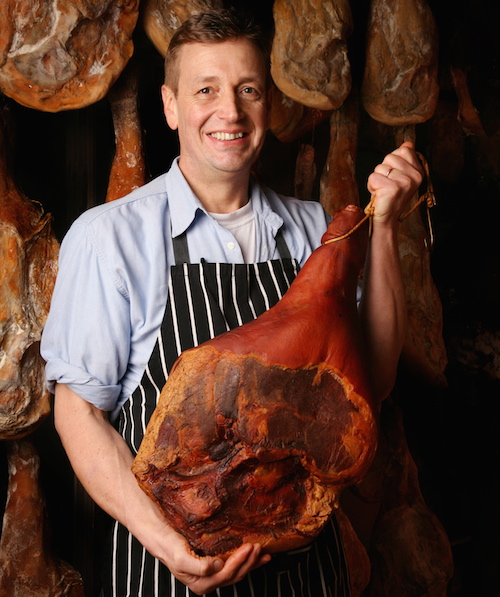 Your career in crafting charcuterie was no accident—tell me about your family's longstanding history in the industry.
Well, my great-great-grandfather was a teacher in Limburg in the Netherlands during the late 1800s, and he sold chickens and rabbits—considered poor people food in those days—to supplement his household income. That was our entry as a family into the meat industry. His next in line took over the business of buying and selling small animals; in turn, when his son (my grandfather) showed an interest in the trade, he was sent to Germany to learn how to refine meat. After my grandfather's return to Limburg, he opened a butcher shop but ended up waging all his fortunes over years of trying to find a cure for his son's tuberculosis and sold everything that he owned. Sadly, Werner didn't survive and my grandfather was left penniless. So he accepted a position at the trade school in Utrecht where he taught how to make and refine meat products. My father grew up in the butcher shop, but he ended up working for a large manufacturer and worked in the commercial meat industry proper because my grandfather didn't want the competition.

What was your motivation for continuing the family legacy?
There's a Dutch saying: "It's better to be a small master rather than a big slave." I always said to my father, "You're a big slave." And I ended up being a small master. My idea was to do what I like to do. It wasn't called artisanal then, but I had the goal of opening a small place focused on quality and variety rather than volume.

How did your personal journey in the meat industry bring you to Vancouver?
Originally, I worked with my father's cousin who had immigrated to the Okanagan and opened a butchery there. I took over the business after working there for 14 years, but it was already in decline. I recognized that the market we served, predominantly northern and western European immigrants looking for products they knew from home, was shrinking. And, compared to the variety of meat products I was working with before, I found this small repertoire very unfulfilling. I'd been looking to leave the Okanagan for a while and get to Vancouver—Granville Island was always high on my wish list. It took me 8 years from wanting to go until I found exactly the right spot in 2002. And now I have the opportunity to produce the full diversity of things that I love to make: bone-in hams, aged sausages, salumis, fresh sausages, bacon, pâtes and terrines. 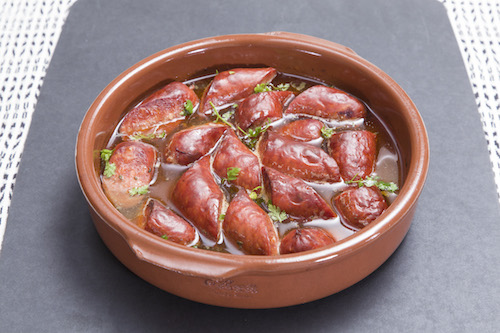 How do Vancouver's food sensibilities differ from European attitudes toward food?
Vancouver is a food city—there's a great openness here. The typical North American with some education really embraces new food ideas with curiosity and will try anything. It's a totally different market from Europe where there's a significantly greater focus on preserving food traditions. The reality is, though, that the universe is expanding and so is the internet. There's a parallelity through everything that we do… as the internet expands, people's interest in the culinary world expands as well.

So in your eyes, how has this exponential increase in the availability of knowledge affected your customers, both on the personal and the restaurant side?
It's a Catch-22, really. The consumer is both more and more interested in variety but is also more confused and overwhelmed by the spectrum of choices and information. It's the same thing in development on a professional level in Vancouver. We're at the brink where expansion for professionals is extremely hard to gauge. Do we go back to basic old-school food like fried chicken and home made burgers? That's certainly the approach that some people have taken. However, we're now at the point where the culinary establishment is again sort of willing to move forward again. People in the restaurant industry are reassured and encouraged by the fact that consumers have become more daring.

With an encyclopaedic knowledge of food, you're known in the industry for being the consummate student of your craft. What keeps you curious?
Food is one of those things where you can always find out a lot more than what you already know. For me, food is how it connects, how it is grown, how come it's better this year than last year, how things are paired, how different food is generated. I particularly like it when there are symbiotic arrangements to make foods such as sourdoughs and fermented meats. I'm fortunate enough to draw upon both a vastly extensive library on all aspects of food as well as an extensive wealth of friends in the industry who share information, ideas, and resources with me. It's really a lifelong process of researching, re-reading, and rediscovering.

How do you think your family's longevity in the industry and the duration of your own career in producing artisanal charcuterie have coloured your perspective on your craft?
Food does not flow in traditional lines. People think they're making traditional things yet, in truth, the integrity of a food product lasts for a very short period of time. Within 25 to 30 years, a lot of traditional things disappear. Ingredient substitutions happen little by little in the beginning and then more and more until the original product disappears entirely. If you know what you're doing, making Parma ham is very simple—you just have to be set up for it. To make a salami is about twice as complicated as it is to make a ham. But to really and fully appreciate the world of pâtes and terrines will take two or three generations in your life. It's unbelievable because you have so many limitless combinations and possibilities in front of you. 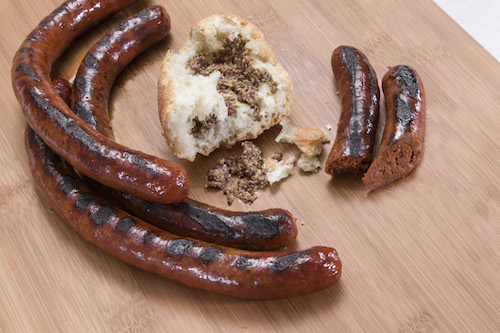 What do you consider to be your greatest challenge?
My biggest problem is to devise a process that enables us to be highly efficient while still retaining the originality of the product. When it comes to making sausage, there are 15,000 possibilities just using pork and spices without talking about other meats. And then there are adventurous tangents like chicken boudin blanc with sablefish. The things I like to do are not as easily sold because my customers as a group are sometimes adventurous for a few weeks and then become totally conservative. It changes. If I hit the market at the wrong moment, I may as well forget about the product altogether.

Has the quality and availability of locally grown ingredients changed significantly in Vancouver over the years?
As recently as, say, seven years ago, consumers didn't yet fully appreciate quality ingredients and it was extremely hard to source top-notch regionally grown products. But the increasing availability of food knowledge has certainly changed all that. Now within the local BC market, there's definitely been a deepening wish for excellence and quality and a drive toward achieving it. I'm impressed by the steady surge of diversification in local products now available on the market across the entire food spectrum, from wine and cheese to vegetables and produce. Although the flavour and true value of mass-produced food will continue to decline, a small but interesting market will continue to build that focuses more on quality and will be much more passionate and aggressive about it.

What would you like Vancouverites to be more conscious of with their eating habits?
A lot of people eat absolutely mindlessly, but a lot of things deserve mindfulness. That's how food is best appreciated. If it means then at the end of the day that some things are a luxury item, then have them every now and then. There's nothing wrong with that. On the flip side of the coin, simple things are just so special. There's nothing better on a hot summer day than the perfect potato just with the perfect olive oil, butter, and salt. Think about how beautiful freshly baked bread is with the perfect crust and yeastiness. These are the little things that I wish people would take the time to marvel at. Their lives would be happier, they would live longer. It's a breather in a busy life.

And after all these years in the industry, what still makes you smile?
I see a greater number of people taking the time to seek out a few simple things in life and find the goodness in them. It's such a treat for me our customers just take a moment to tell us that they appreciate our work, when they say, "This is really a beautiful thing even though it's so simple." Things don't always have to be grand to be good. I'm very grateful that I chose this path and also very grateful for how strongly people have supported us all along.
· Oyama Sausage Co [Official Site]
· All Five Days of Meat Coverage [EVAN]
· All Lifers Interviews [EVAN]