Chef Ned Bell Hits Toronto and Catches Up With Family

Share All sharing options for: Chef Ned Bell Hits Toronto and Catches Up With Family

On July 1st Four Seasons YEW Seafood Restaurant and Bar's chef Ned Bell set off to cycle across Canada. He'll be keeping us posted with his journey from the road for the full eleven weeks. Here now, the seventh of his diary entries. 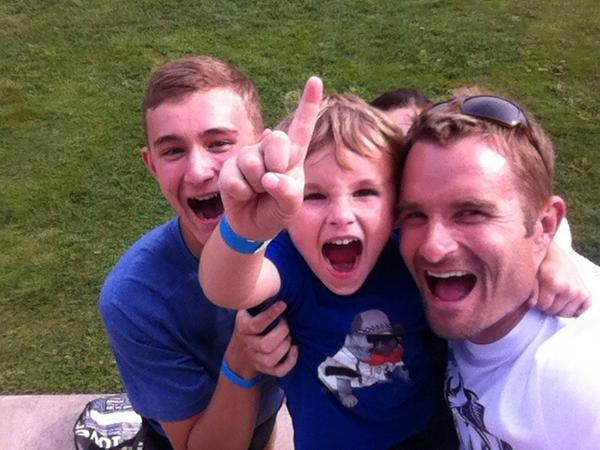 This past week was the best week yet. My lovely little family visited me and I got some much-needed support from the ones I love the most. The only thing missing with the four days they visited was that is wasn't long enough. This trip wouldn't exist without the the support of my wife Kate and all the PR support she gave and gives CFO! Thank you Katy. My inspiration on a daily basis is my awesome little boy Max. He is spirited, hilarious, and an incredible little supporter in his own way.

This past weekend was full with three fantastic events back-to-back-to-back. Wednesday, a team from Four Seasons Hotels and Resorts (head office) and Four Seasons Hotel Toronto joined me to ride into Toronto with me from Peterborough. Thursday we hosted an event at the Four Seasons Toronto for 150 people including chefs, media and all around sustainable seafood lovers and advocates. It was the best event yet. Chef Tyler Shedden, Chef de Cuisine at the Hotel's Café Boulud and dBar, did an extraordinary job with the snacks and passed canapés AND he was up at the crack of the dawn the previous day to join the ride into the city!

The event highlight was having Isadore Sharp, founder of Four Seasons Hotels and Resorts open the event with a speech showing his support of CFO. He centred on the idea that extraordinary things that can be started by one idea, one passion, one movement. It was a career highlight for me. An honour to be introduced and welcomed to the stage by a legend. He was instrumental in supporting Terry Fox when his cross-Canada run came through Toronto and thirty years later, Four Seasons still hosts many Terry Fox runs each year at all our hotels around the world (Four Seasons Hotel Vancouver's is on September 14). One thing I know for sure, having learned it during the last three years building for this CFO journey is that one voice heard 10,000 times, then 100,000 times and then a million times can make a real difference in the world. 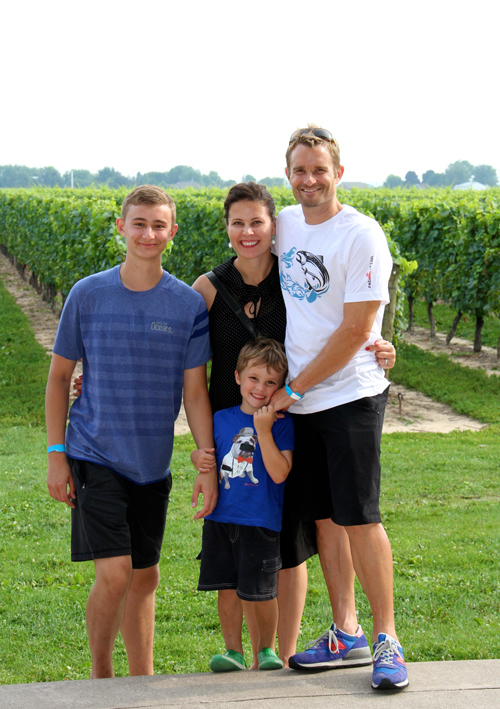 Our next event was held the following night at the spectacular Langdon Hall Relais Chateau in Cambridge. Ontario. It was one of their Summer BBQ Series events and CFO was co-hosting with them and Ocean Wise. It was a wonderful event at a truly amazing place with over 100 people in attendance an outdoor BBQ nestled in an apple orchard with a huge outdoor vegetable garden. The Chef at Langdon Hall is Jason Bangerter, a great friend and one of the chefs we cooked with last year at Four Seasons Vancouver for our first National Sustainable Seafood Day event on March 18. He is a wicked cook, and a real supporter of the CFO mission. It was a great way to spread the message of healthy lakes, oceans and rivers to a whole new group of people.

The next day was Food Day Canada and we were lucky enough to be invited to Jackson Triggs Winery at Niagara on the Lake. It was another big outdoor event with incredible wines, a big group of chefs from the region and the "Queen of Canadian Food", Anita Stewart.  Anna Olsen was there to serve up dessert with her husband Chef Michael Olsen, as Chef John Horne from Canoe and Chef Mark Piccone served up the tastiest bites - along with many other great chefs.  It was a perfect summer winery evening with shared stories of how agriculture and viticulture are directly impacted by the healthy of our lakes, oceans and rivers. I know the region well and have many friends there as I worked in Niagara opening the Restaurant at Peninsula Ridge Winery in 2000.

Whew. A busy weekend with my wonderful family and sharing the CFO message.  Now, the big push begins on our way to Thunder Bay and then Winnepeg. Half way.  With two 200+ journeys in the next few days, I've got my work cut out for me.
Follow Ned's Journey at #chefsforoceans and via @Nedbell on Twitter. See you on the road.
· Chefs for Oceans. [Official Site]
· All Ned Bell Coverage [EVAN]
· All Chefs for Oceans Coverage [EVAN]