Share All sharing options for: 10 Things You Need to Know About The New Canucks Food & Drink Programme at The Rogers Arena

Hockey season is not far away and it's all change over at the Rogers Arena after Canucks owners the Aquilinis snapped up the Top Table Group [Blue Water Cafe, West, Cin Cin etc] a few months ago and then made the city's favourite bartender Jay Jones' dreams come true and called him up to join the team. What does this mean? A clear commitment to offering a far, far better food and drink programme than we've ever seen in any stadium in Vancouver and likely better than any across Canada. There are plenty of announcements still to be made but after a media preview yesterday, here are the 10 things you need to know right now.

1. So many hot dogs: the new Steamer's station is named after number 12, Stan 'The Steamer' Smyl and so, of course, will have 12 different varieties including a Perogy dog with perogies, sour cream and sauerkraut, a vegetarian Flora Dog - loaded with 12 different kinds of veggies and (thankfully) no fake weiner and a Croque Monsieur with ham and cheese. 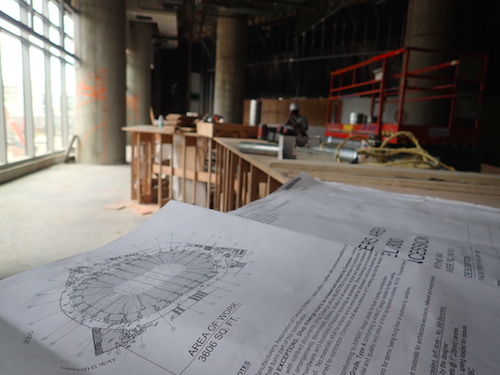 2. All new beer lines: fans may not see it but they'll be able to taste the difference as the old lines are being fully replaced. With space for 300 kegs, Rogers Arena can also now boast having BCs largest keg room and longest bar.

3. Wines by the glass: working with Fresh Tap, there will be an impressive 14 different wines by the glass available. Say goodbye to the bad old days of choosing between 'Nasty Red' or 'Grim White'. Expect a decent showing of BC wines too.

4. Cocktails: as the new director of wine and beverage, Eater Bartender of the Year, Jay Jones, is - of course - bringing in a cocktail programme. Now you'll be able to cheer on your Canucks with a Negroni in your hand. 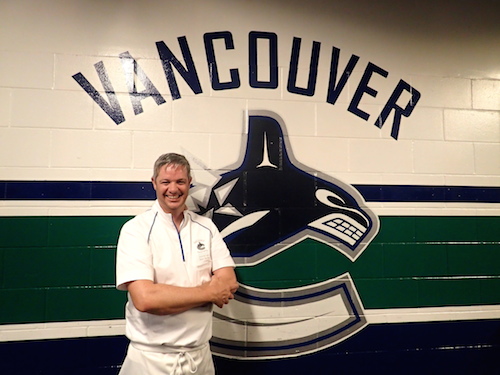 5. New Chef Robert Bartley: the executive chef who joins the team from Toronto. Previously at Maple Leaf Sports & Entertainment this is his first time cooking in Vancouver and he's excited about the local produce that's now at his fingertips to throw "a dinner party for 18,000 people."

7. Carve and Catch: the two new stations where you'll be able to score delights like house-made porchetta and fresh carved-in-front-of-you beef sandwiches along with an east coast vs west coast seafood battle of hot-smoked salmon rolls vs, lobster rolls. 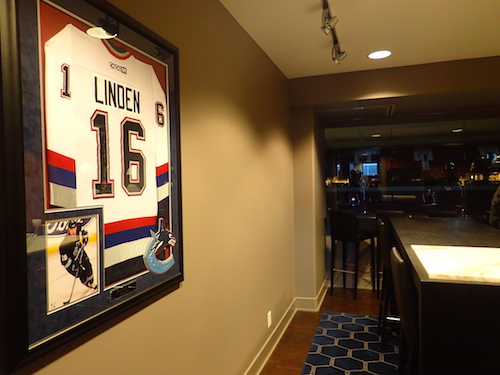 8. New suites: the previous eight luxury suites have been made smaller and there are now 13 in the 'Loge Club'. Pre-game and intermission you can use a large club room with a chef-station, bar and sommelier service and during the game the new suites hold up to six people and have either high-top table seating or sectional couches.

10. Shooting for Zero Waste: Rogers are aiming for impressive zero waste targets: some of the plans include 100% of all cooking oil to be recycled, a goal of 90% of all product packaging to be compostable, the new Fresh Tap wine programme will save 260 tons of bottles each year, bringing in re-usable glassware and china in all the suites and a Food Recovery Programme which will donate food to meal-giving agencies and work to divert landfill waste.
· Rogers Arena [Official Site]
· All Canucks Coverage [EVAN]